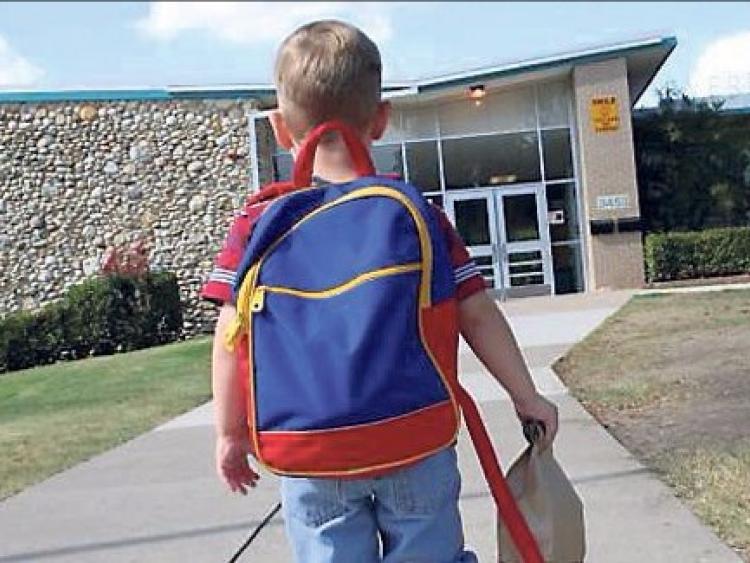 Demand for school enrollments in Kildare could be a “ticking time bomb,” a county councillor has told a public meeting which heard of major concerns over school places in the county.

Cllr Angela Feeney was speaking on a request by a number of councillors for information on school capacity at Kildare County Council’s plenary meeting on January 25.

Cllr Feeney said 27% of the population of north Kildare was under 18 and school places needed to be built for all the new and planned housing.

Councillors Feeney Tim Durkan,  Darragh Fitzpatrick, Padraig McEvoy,  Naoise Ó Cearúil, Paul Ward, Brendan Weld, and Brendan Wyse asked that the council, in liaison with the Department of Education and Skills, inform  members as to the current and projected capacity of schools in the county particularly  in those areas experiencing continuous population growth.

Cllr Anne Connolly said there was “an emergency” in relation to second level places in south Kildare, particularly in Kildare town, Newbridge and Kilcullen.

Cllr Suzanne Doyle questioned if the Department of Education was up to speed on projections.

Commending arguments by Deputy Catherine Murphy many years ago about having infrastructure to go with housing she said: “You don’t build houses without water pipes.”

Cllr Padraig McEvoy said Tusla were concerned over school places for children and Kildare was looking at over supply of housing with large Strategic Housing Developments.

Cllr Fiona McLoughlin Healy said the Department of Education has been lagging behind in figures.

Cllr Noel Heavey said you could hear terror in the voice of parents when they are told there is no place for them in school in September. “It is a terrible indictment on the political system.”

Cllr Kevin Duffy said there has been a 20 year wait for a new school for St Paul’s in Monasterevin. “The Department has not been able to grapple with this issue.”

Cllr Duffy said there are rural areas/schools with not enough children.

Cllr Ciara Galvin said the Department was not considering pre-school in its calculations and wondered why?

Cllr Nuala Killeen said that  some developers are arguing that not as many creche and school places are needed because more people are living in apartments.

Director of Services Planning, Strategic Development and  Public Realm, Eoghan Ryan said he “endorsed a lot of concerns” expressed by councillors and that in relation to the three Celbridge schools, “there was a lot happening behind the scenes.”

In a written report to members on their question, Mr Ryan wrote: “Statistics in relation to the current enrolment figures for schools throughout  County Kildare are available for viewing on the Department of Education and Science’s  website. In relation to the projected capacity of schools in the county, the Forward  Planning Department of Kildare County Council liaises with the Department of  Education and Science on an ongoing basis via the Local Area Plan and Development  Plan making process in order to ensure that adequate lands are zoned in appropriate locations to cater for future educational demands, which may include extensions to  existing educational facilities or the provision of new educational sites.

“The members are advised that the Department of Education in a letter to the Director  of Planning in Kildare on January 15, 2021, advised that they are about to embark on  a process nationwide, at both primary and post-primary level, to identify where the  pressure for new school buildings or expansions will arise in the coming years.  As part of this exercise, the Department uses a Geographical Information System  (GIS) to analyse the relevant demographic data. The GIS uses data from a range of  sources, including the Central Statistics Office, Ordnance Survey Ireland, the  Department of Social Protection and the Department's own databases of school  enrolments. With this information, the Department carries out nationwide demographic  exercises at primary and post primary level to determine where additional school  provision is expected to be needed.

“A key piece of the analysis is the anticipation of school place requirements that are  expected to materialise as a result of residential development that has been granted  planning permission or is at pre-planning stage.

Mr Ryan concluded: “Kildare County Council has been requested to nominate a point of contact to liaise  directly with the Department of Education in order to progress the demographic  exercise for 2021 and are happy to update members as this analysis progresses later  in the year.”