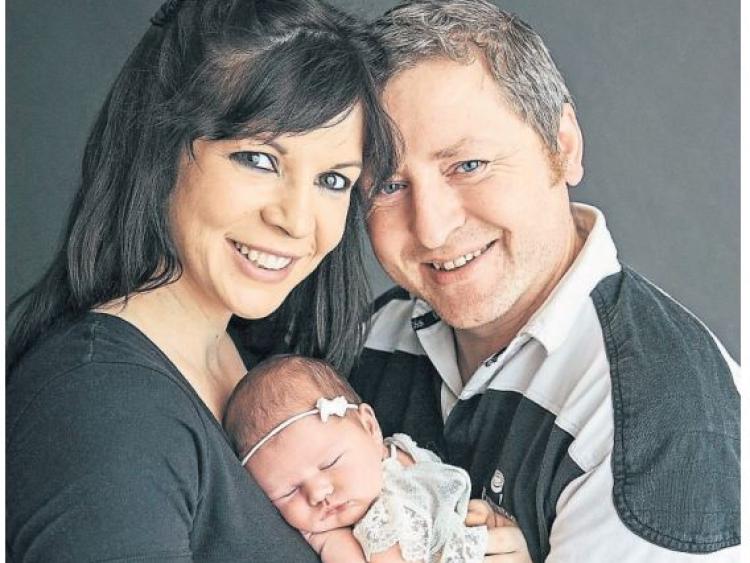 Naas woman Aishling Conway was born in September 1980 in Bessborough mother and baby home in Cork.

That December, at three months old, she arrived at her new home in Kingsfurze, Naas. 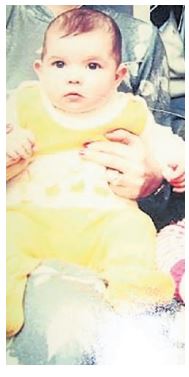 She is the youngest of three children adopted from Bessborough by a local couple, and says she is one of the ‘lucky ones’, having gone to a kind and caring family in Ireland.

Last week’s Mother and Baby Homes Commission of Investigation Report revealed that thousands of children died at those homes during the last century; while countless more were shipped abroad for adoption.

The Leinster Leader photographer, who is well known for her involvement in Naas Musical Society, is now married to husband Shane Byrne, with her own little girl, Ella-May.

Growing up, she and their siblings were made aware early that they were adopted, and Aishling said she had always wondered about her background.

At the age of 18 she obtained some basic medical information from Bessborough, but it wasn’t until she was 27 that she decided to begin her search in earnest.

“Myself and mam went down to have a meeting, just to start the search, and it was harrowing going in there,” she said, describing the Cork institution as like ‘something from a horror film’.

“I found them very secretive about everything. It wasn’t like an agency. Some of my friends are adopted from agencies in Dublin, and when they were doing searches, they had counsellors, not nuns [to deal with].

“We went in, and it was very strict where we were allowed to go, we were only allowed in one room. Mam walked in, and she said ‘this is the room where we got you’. There was the same chair in the same corner that she had been told to sit in when the nun brought me in.”

The visit did not yield much information, and Aishling found frustrating the sense that the Order washed their hands of her once she was ‘done’.

However, she later learned that her birth mother believed that they had both left Bessborough at the same time.

“That’s a question that I have to live with,” said Aishling. “What happened in those three months? Was there vaccinations?” she said, referring to the Commission’s identification of 13 vaccine trials in Irish institutions in the 1960s and 1970s.

Other expectant mothers at the home helped nurse and care for young infants left in the nurseries.

“My birth mother told me that when she was pregnant they used to go into those rooms. They used to take it in turns to hold the kids, feed them and give them a bit of love. She said ‘just to let you know, you weren’t just left there, the other mothers were there and they would have went in’.”
Aishling slams the culture of secrecy and bureaucracy around the homes, which has had a lasting effect on children born there.

Three years ago, before her wedding, she tried to obtain her original baptismal certificate — but was told that the files had been moved from Bessborough. Sent on a wild goose chase to two other parishes and Tusla, none of which could find the records, she now believes that files relating to children like herself may have been destroyed.
She describes being ‘in a state’, and even questioning whether she could get married in a church without the certificate — but has nothing but praise for the ‘lovely’ priest conducting the ceremony who let the couple go ahead without the document.

Aishling, along with other survivors, is now calling for a thorough investigation into what went on at Ireland’s Mother and Baby Homes; and statements and apologies from the religious orders involved.

“For me, the report has given a voice to people that were made feel like an absolute secret. The mothers were made a secret, but it was really handed down through the generations,” she said, noting the lingering stigma in Ireland with such adoptions.

“I know my experience isn’t half as bad as some, and I am one of the lucky ones, but the stigma is still there,” she said. “My adoption might be a success story, but it’s still something you have to live with.”