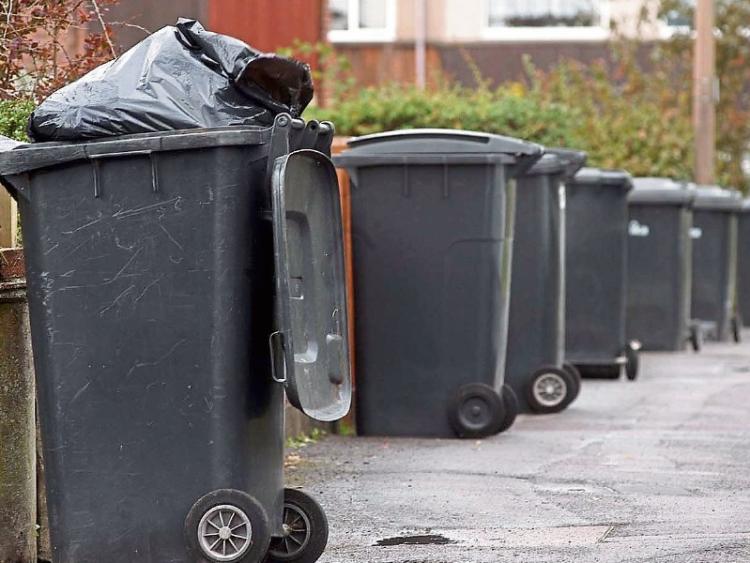 The trade union, SIPTU, has called for “real solutions not gimmicks to resolve domestic waste issues in Dublin city.”
It has called for the remunicipalisation of domestic waste collection services an issue which has been raised at Kildare County Council in the past
The trade union has described an offer of a €50,000 prize by Dublin City Council for ‘innovative solutions’ for on street storage of domestic waste as a gimmick and a waste of public funds.
SIPTU Public Administration and Community Division Organiser, Adrian Kane, said: “The solution to the problem of street storage of domestic waste in Dublin is quite simple and does not rely on the gimmick of a €50,000 prize that is really a waste of public funds.”
Mr Kane said:“What we must do is adopt the community bin method of waste storage and collection which is in place in other European cities with high density housing. This would mean moving away from the  free-market model of waste collection which is currently in place in Ireland, which results in multiple private waste collection services being in operation within a single local authority area.”
“This system creates a situation where there are numerous bins on our streets and traffic is blocked each morning with different refuse trucks competing for business. Our dysfunctional system also results in a quarter of all households in the country having no domestic waste service,” he said.
“The ultimate solution is the remunicipalisation of domestic waste collection services. Until this is achieved, legislation governing waste management needs to be amended. This would allow for progressive tendering arrangements to be put in place. Such a system would ensure that the successful provider would need to meet quality service standards, including decent terms and conditions for workers, provision of community bins and allow for a subsidised service for people who cannot afford to pay the commercial rate.”
He added: “A SIPTU delegation met with the Minister for the Environment, Climate and Communications, Eamon Ryan last week to discuss these issues. The Minister was receptive to the proposals tabled by our union to resolve the problems related to domestic waste collection in Ireland.”
The issue of the privatisation of the waste collection was raised at a meeting of Kildare County Council on January 28, 2019.

Many councillors argued that illegal dumping was on the increase and called for increased penalties and monitoring of it.

Others put the increase down to the fact that it cost households money to pay for waste collection. Officials said that more and more resources were going into the policing of illegal dumping.

Former councillor, Brendan Young, said CCTV and traffic wardens were like King Canute trying to hold the waters back. “The cause is the privatisation of the waste collection,” he said.

Former Cllr Reada Cronin, now a Sinn Fein Kildare North TD, said the council should be going back into the waste business.