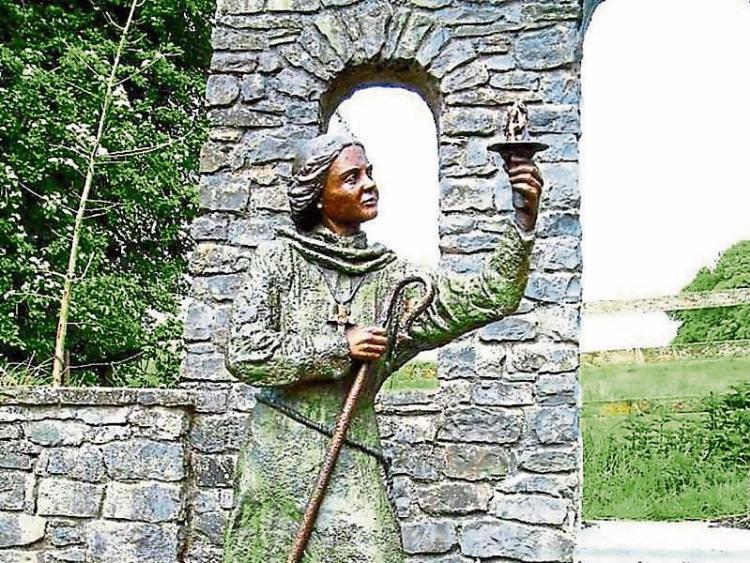 Early preparations are being made in County Kildare to plan for the 1,500th anniversary of the death of St Brigid. The anniversary events will take place in 2023.

Organisers are aiming that the event to honour the local patron saint will focus not only on Kildare town but on the county as a whole and that the event will be marked locally as well as nationally and internationally.

Mayor of Kildare, Cllr Mark Stafford has called on Kildare County Council to begin setting aside funding towards the planning of events during 2023.

Cllr Stafford also stated that the local authority and organising groups should be ambitious about the scale of the events which should showcase the unique history and heritage of the county thus creating a strong platform for the promotion of tourism.

It is understood that an international conference with invited speakers may be held in Kildare to underline the far-reaching significance of the saint.

The Féile Bríde festival may also be expanded to include a street festival and a parade.

A commemorative postage stamp and coin may also be considered in consultation with the relevant state bodies.

In addition, sources said that a permanent piece of artwork marking the anniversary may also be commissioned and be located at an appropriate location in Kildare town.

A central part of the anniversary is also the campaign to temporarily bring relics of the Saint of Kildare to her home county to be exhibited and venerated.

Kildare town’s executive librarian Mario Corrigan, who is helping to lead the campaign, said: “This is a major event and could be a remarkable event for Kildare and Ireland.

“When the Relics of St Therese were brought to Kildare literally hundreds of thousands came to see them but what a coup if the relics of Brigid could be brought back also.”

According to the records her relics are to be found all over Europe — a portion of her cloak is in Bruges in Belgium and another garment is in Great St Martin Church, Cologne in Germany.

The partial skull of St Brigid is in the sanctuary of relics at the Church of São Roque, attached to Museu de São Roque in Portugal.