Can you help the commemorative committee? 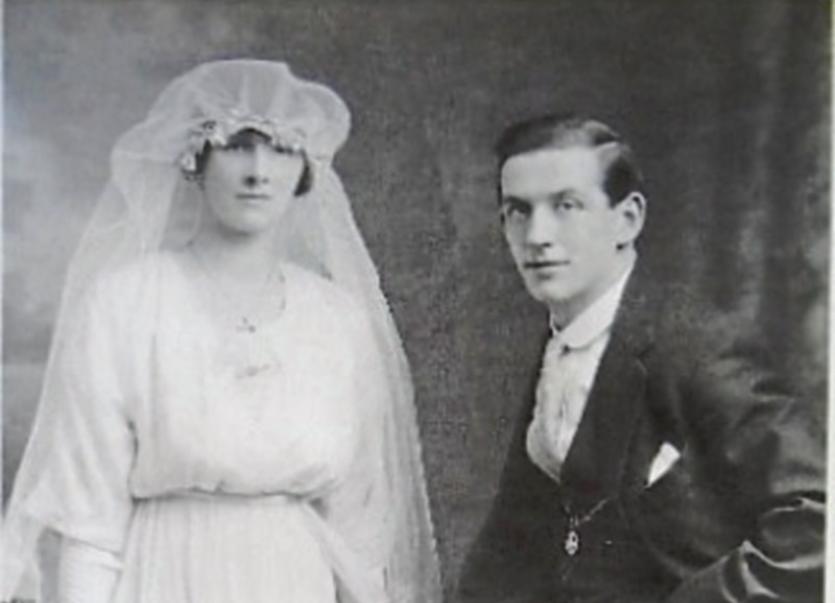 Mick Sammon on his wedding day to Elizabeth Gill

The GAA has publicised plans to commemorate the centenary of Bloody Sunday on November 21, 1920. Fourteen people, including Tipperary player, Michael Hogan, were killed by British Crown forces during a football match between Tipperary and Dublin.

In all the accounts of what happened on Bloody Sunday, there was little or no mention made of the referee on that fateful day. Who was Mick Sammon, and why was he appointed to such a significant role?

Mick Sammon, was born on 7 February 1893 in Clane, County Kildare. As a prominent footballer with Kilcullen and Clane, he played with the Lilywhites from 1918 to 1921 and won an All-Ireland medal in 1919 at centrefield alongside Larry Stanley.

As a Sinn Féin officer, he served time in three prisons due to a reading of a Sinn Féin manifesto in Kilcullen on 15 August 1918.

On Sunday 21 November 1920, Mick refereed the tragic Tipperary v Dublin challenge match, which became known as Bloody Sunday. The whistle he used is displayed in the GAA Museum.

Ten minutes into the game, the Auxiliaries and the Black and Tans arrived on the pitch. The subsequent firing by Crown forces resulted in the deaths of 14 people including Tipperary player, Michael Hogan, in whose memory the Hogan Stand in Croke Park is named.

Mick Sammon served on sporting committees including the Tailteann Games Committee, the National Athletic and Cycling Association of Ireland and a sub-committee of GAA Congress to report on the formation of an Irish Athletic Governing Body.

In 1922, Mick married Elizabeth Gill from Buttersteam, Clane. They had two daughters, Betty and Maura. He purchased The Railway Hotel (now The Abbey Lodge Pub) in Celbridge. He died at a relatively young age of 54 in 1947 and was interred in the family plot in Clane.

The Mick Sammon Commemoration Committee is seeking contributions, background or artefacts of any kind for an exhibition on Mick Sammon in November. We are keen to hear stories about Mick and his family, their time in Clane, Kilcullen, Dublin or Celbridge.

Any information can be sent to: