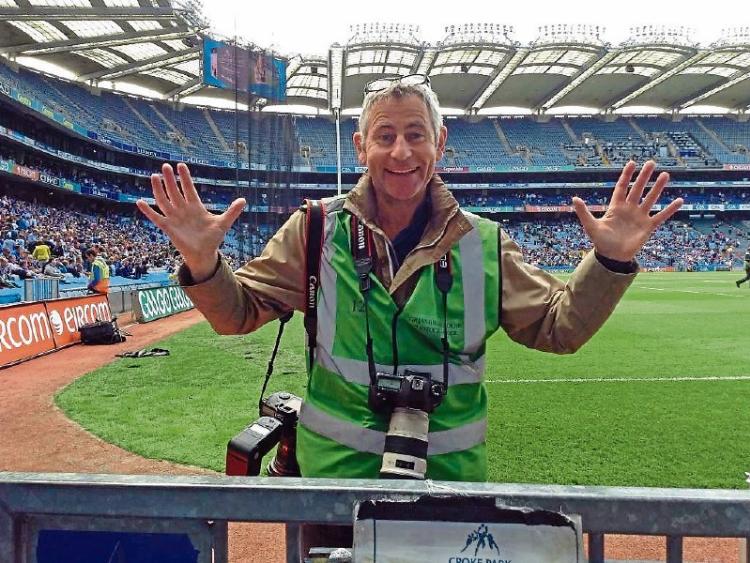 Newbridge man Pat Tinsley has appealed to the Health Service Executive to provide medicine which could help to save his life.

The popular photographer, who was a regular fixture at GAA grounds in county Kildare, notably St Conleth’s Park, is battling amyloidosis, a rare hereditary condition rare disease that occurs when an abnormal protein, called amyloid, builds up in the organs and interferes with their normal function.

Amyloid isn't normally found in the body, but it can be formed from several different types of protein. Organs that may be affected include the heart, kidneys, liver, spleen, nervous system and digestive tract.

It is the same condition that afflicted Sinn Féin’s Martin McGuinness, the Derryman and former Deputy First Minister of Northern Ireland, who died over three years ago.

The Irish Mirror reported last weekend that Pat has lost 50 pounds in weight and is now largely confined to bed after being diagnosed with the condition two years back.

The 64-year-old has now called on health chiefs to prescribe breakthrough drug Patisiran, which is available in the United Kingdom but not yet here.

Pat told the Irish Mirror: “It’s like slow progress to the grave. I’m losing power in my legs because my nervous system is attacked. I suffer badly with diarrhea and constipation, it’s an awful existence.”
He added: “It’s advancing fast and I’m heading for a wheelchair. My legs are all wobbly. I can hardly get from the bathroom to the kitchen and I can’t stand up for very long.”
Pat suffered with the rare genetic condition for years before doctors correctly diagnosed it. Recurring chest infections were treated with antibiotics and steroids.
But he was hospitalised in 2018 and a cardiogram showed his heart was dangerously enlarged. Three weeks and several biopsies later medics still couldn’t pinpoint his condition and it was only after a visit to a specialist clinic in London that he was diagnosed.
According to the Mirror report the disease has been linked to Donegal, and the Derry politician’s mother hailed from Buncrana.
Pat said: “They refer to it as the Donegal disease because there’s a huge cluster of it. My mother was from Mayo and my cousins said loads of people there had died from it as well.”
Amyloidosis is caused by deposits of abnormal protein – amyloid – in tissues and organs throughout the body.
Without treatment it can lead to organ failure and death.
Pat said that there is no available treatment he is on condition management drugs, a diuretic and he is limited to 1.5 litres of water a day.
“I’ve got very low blood pressure, so I’m on a drug to boost that, I’m on blood thinners, plus a few other drugs, but it’s just maintenance drugs to try to keep me at a level.”
The HSE said it received an application for reimbursement of patisiran, which is being considered in accordance with the statutory assessment process for new medicines.
“The assessment process is still ongoing and includes engagement with treating clinicians and patients through the Rare Diseases Technology Review Committee.”