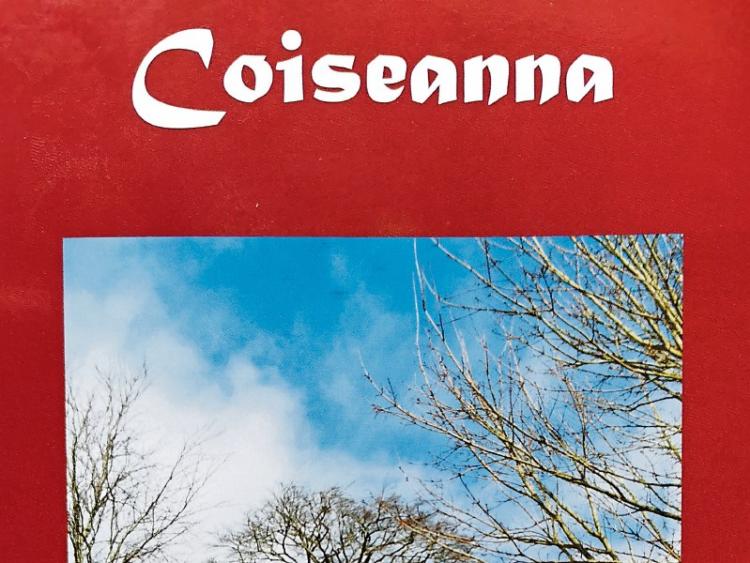 The Clane Local History Group journal, Coiseanna, will now be given out free at its usual outlets, the group has decided.

The journal, which sold for €5 over recent years, was due to be launched in April but the launch was suspended and a September date was proposed.

The group has, however, opted to abandon its person-to-person launch, and give the journal away free during National Heritage Week.

It will be available at the Roman Catholic Parish Office on Main Street, Hughes Pharmacy, Marron’s Pharmacy, Bob and Kate’s, Londis supermarket in Main Street and Givens Opticians.

The group has been grant aided by Kildare County Council and the grant has provided half the cost of the production.

The ninth edition contains a host of interesting articles from a variety of sources, pulled together by the editorial committee of Brendan Cullen, Larry Breen and Jim Heffernan.

Designed and laid out by Jim Heffernan, the front cover features a cover of the motte near Alexandra Bridge, information on which is provided in Tony McEvoy’s article, The Name of Clane and Related Matters.

He discusses various sources for the name of the town and how he was alerted by a phone call from the late historian, Con Costello, in the 1980s, to potential damage to the motte.

Con, who was at the time in Waterford, had received calls from people fearful that the ancient motte was being damaged by a JCB.

An article by the late Pat Given, A Short History of Clane, also looks at the town’s origin and how it was likely to have been a river point between two of Ireland’s ancient centres of power, Tara and Naas.

Brendan Cullen writes a piece about The Hill of Tara, an area related to this route.

Also related is an detailed article by Lorcan Harney, called Ancient Times, Long Forgotten: Unearthing the Prehistoric Archaeology of Clane, in which he tells, among other things, of the discovery of remains from the Great Irish Elk (a form of deer) in a field below Rathcoffey Castle.

The article, once again, highlights what can be found when areas are disturbed for building purposes and how Tony McEvoy found, or rather ‘rescued’ a Neolithic (4,000 to 2,500 BC) pottery bowl and a lignite bracelet during the development of the Loughbollard estate in 1971.

It contains a very useful appendix or list of the prehistoric monuments and artefacts in Clane.

John O’Dea, a former manager of the farm, writes on The History of Clongowes Wood College Farm, which bought the Castle and 219 acres for £16,000 (€1.3 million in current money) from Michael Wogan Browne.

He outlines details of its produce, including prize cattle, and details of the many local people who worked on the farm.

In the 1930s, a Fr Finucane was in charge of the farm and he established a top class pedigree Shorthorn herd.

John wrote about how the Raheen Wood, which had native trees of beech, oak and larch, was cut down for firewood during World War 11 when supplies of coal stopped coming from the UK.

He told how the college owned 200 acres near Rathcoffey Castle, which for some years from 1976, was rented to people in Farrington’s. It was then rented to Ray Coyle (Mr Tayto) for growing potatoes and grain before being sold.

Jim Heffernan takes us to a different world with an article, From Riches to Rags: the life and times of Horace de Vere Cole, a man born to wealth and privilege, whose life mirrored the decline of the ascendancy class in the years around World War 1.

Horace’s grandfather had become wealthy by cornering (virtually dominating) the market in quinine.

His mother inherited wealth from Galway.

Described as ‘a spectacular and often cruel prankster’, one hoax he was involved in was selling the throne of Croatia, posing as a Croatian minister.

He managed to lose a lot of his investment and hit upon relatively hard times.

When he died in France in February 1936, his daughter, Valerie, was brought to live with her aunt at 11 Downing Street.

Kevin Kenny writes about the explorer, Kildare-born Ernest Shackleton and Jim Heffernan writes about The Theft of the Irish Crown Jewels, allegedly by Ernest’s brother, Frank, and another man.

It involved a none too happy King Edward VII and Lord Walter Fitzgerald of the Kildare Archaeological Society, among many others.

Andrew Tierney has a piece about The Georgian Castle at Clongowes while Ciaran Reilly writes about Richard Thomas Wolfe (1794-1855) of Baronrath, Clan in A Clane connection with Robben Island, South Africa.

He tells how Wolfe was appointed British Commandant of Robben Island in 1834.

The island, now a UNESCO World Heritage site, is where one of the world’s most famous prisoners, No 46664 — Nelson Mandela — was held.

Liam Kenny writes about Kildare County Council and the War of Independence in which he discusses, not so much the military element of that work, but the conflict between the newly elected nationalist councils and the authorities at the time.

The RIC, the forerunners to An Garda Siochana, had raided the courthouse and the Council’s minute book.

He outlined how the British administration and the new council fought essentially over who controlled the money and how a special committee of the Council made arrangements for keeping the Council money out of British funds. They were so secret that they could not be detailed in the minutes of the council.

But it was not all hidden minute books. Some new council members were ‘on the run’ having changed their council seats for guns.

Horses are not left out of this journal edition.

Kim Mullahey and Eogan Corry provide a History of Polo in County Kildare, telling how the sport had reached its peak before World War 1, but declined a lot following the war. They refer to the split in the sport in recent years and to the uncertainty over its future.

Stan O’Reilly writes about Folklore and Holy Wells in Kildare.

He refers to the great belief in the Banshee or female spirit notifying us of forthcoming death or how she is said to follow certain families with an ‘O’ or a ‘Mac’ in their name. In Kildare she is mainly known as Badbh.

He also writes about the culture and belief surrounding Kildare’s Holy Wells, about which there about a dozen.

Leinster Leader journalist, Henry Bauress, writes about the conditions in the Kildare turf work camps in the 1940s and uses Cabinet papers and documents from the National Archives to outline how the Government found it difficult to recruit much-needed labour to drain box and harvest turf for a Dublin and Irish market which was relatively quickly deprived of coal supplies from the UK during the World War 11 years.

The article, Weak Tea, Bread, Bad Spuds and Bog Workers, shows how, almost a hundred years after the potato blight related 1845 famine, weak tea and bad potatoes blighted the comfort of turf workers as the Government threatened to cut off the dole to those who refused to work on the bogs.

The writer also examines what was done to resolve the situation.