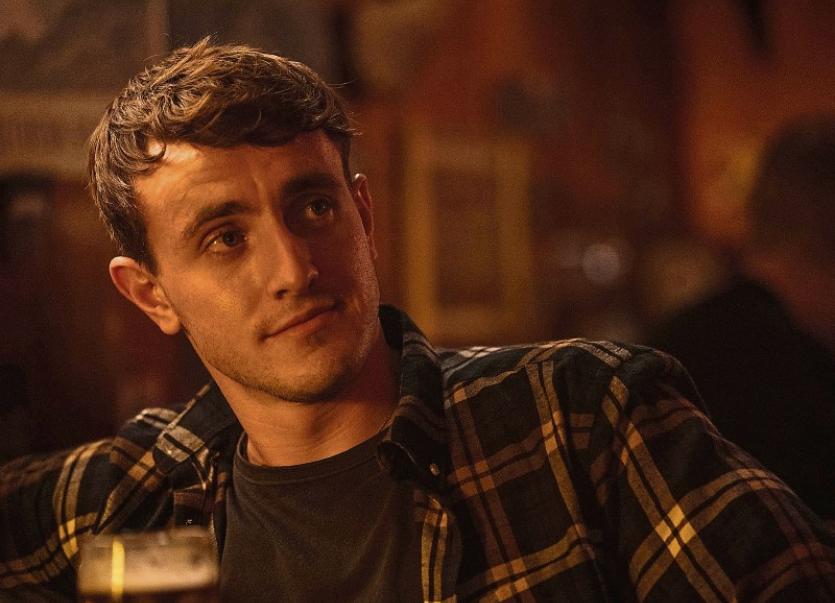 Paul Mescal in The Deceived

There was a point, during the Covid-19 lockdown, when it seemed like the only TV show people were talking about was Normal People.

The emotional love story, by Irish author Sally Rooney, was beautifully adapted for the BBC and aired to record breaking and truly captivated audiences across Ireland on RTE.

But what really grabbed everyone’s attention was the performances by lead stars Daisy Edgar Jones and Maynooth man Paul Mescal (oh, and the gold chain Mescal wears as his character Connell – the accessory now even has its own Instagram page).

Now, fans of Kildare star Mescal, who has been nominated for an Emmy Award for Normal people, can see him in another series; new thriller The Deceived written by Lisa McGee – creator of hit comedy Derry Girls – and her husband Tobias Beer.

The compelling story follows English student Ophelia (Emily Reid), who falls in love with her married lecturer. When their affair is interrupted by a shocking and tragic death, Ophelia finds herself questioning whether she can trust her own mind.

WHAT APPEALED TO YOU ABOUT THE DECEIVED?

I am a massive Derry Girls fan so naturally, the first thing that jumped out at me was Lisa and Tobias’s names; that is always going to be exciting.

The fact that this was a psychological drama didn’t particularly surprise or confuse me because the standard of the writing in Derry Girls is so good.

It is hilarious and the quality of the script is so high that I had no trepidation over whether this would work or not.

WHY DO YOU THINK IT WILL STAND OUT TO VIEWERS?

This drama feels very singular, specifically in the sense of genre. I can’t think of another show with this kind of supernatural, psychological thriller crossover that is also set inside such a well-crafted world.

I like things on TV that feel like they have their own specific identity, and this definitely does.

HOW WOULD YOU DESCRIBE YOUR CHARACTER, SEAN?

Sean is a simple man, in a good sense. He is a man directly invested in the community, he has a very strong and good moral compass and he has his eye on Ophelia. He is attracted to her but also there is a slight concern he has for her.

Most of my scenes are with Emily (Reid), who is phenomenal in this and she is a wonderful person and was very kind and generous with her time.

SEAN IS ALSO DESCRIBED AS CHARMING…

It is impossible to play charming. It is more about understanding where Sean has come from, what his upbringing was like and what are the values he has in his own life, as I think that’s what people will find most charming and trustworthy about him.

CAN YOU TELL US A BIT ABOUT HIS STORY ARC?

Sean is the local handyman, the jack-of-all-trades and he is helping to fix up the house when he meets Ophelia with Emmett’s (Emmett J. Scanlan) character Michael.

It is a very simple, nondescript meeting, which again, is a testament to the scripts in that it’s never about hitting you over the head with these didactic moments, but it is simple and this relationship is one that has various subtle but important beats throughout the story.

So, it’s more about investing in what other people might find amiable about him rather than trying to directly play that.

THE DECEIVED EXPLORES THEMES SUCH AS GASLIGHTING AND PSYCHOLOGICAL ABUSE…

It’s great to be a part of something that is showing this because, to be honest, I imagine the situation in this drama is a common occurrence, unfortunately.

Ultimately whether it is gaslighting or abuse, it is about a person in power manipulating the situation and that is something that is very present in our society, not just with the MeToo movement but as a societal theme and so it is great to see this explored in a domestic, Irish setting but also with the subtle supernatural quality under the show – it is really well judged and well balanced.

HOW WERE YOUR NERVES WHEN YOU STEPPED ON SET?

I had two days off after I wrapped filming on Normal People and then I started filming The Deceived. This is my second ever TV role. As for whether I was nervous…? Totally. I don’t have enough experience to feel completely comfortable stepping on to set but everybody was so welcoming and kind .

The nerves were very much present when I stepped on set on my first day for The Deceived. But I’d be worried if that feeling wasn’t present because I don’t think nerves are necessarily a bad thing.

WE’VE GOT TO ASK ABOUT HOW YOU’RE HANDLING THE INCREDIBLE RESPONSE TO NORMAL PEOPLE?

To be honest, it is hard to describe accurately as it is something that I feel very much still in the middle of and I don’t really know what I feel at the moment.

It has been so lovely and amazing and I am incredibly grateful that the show has reached as many people as it has and that the response has been so positive.

The Deceived starts on Virgin Media One in August.