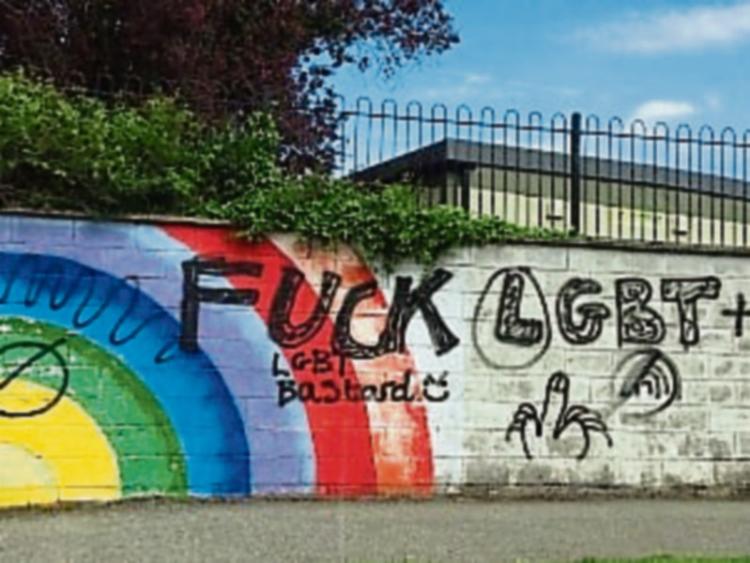 The defaced mural at the Patrician Secondary School

An LGBT wall mural, which was defaced in Newbridge recently, is to be restored. It is thought the mural, depicting the colours of the gay pride flag, was targeted at night. It was daubed over with expletives painted in black.

The mural was the creation of students attending the Patrician Secondary School and it adorned a wall bordering the second level school and the Patrician Primary School.

The vandalism incident more or less coincided with the fifth anniversary of the referendum approving same sex marriage in Ireland. The mural was painted as part of an education project at the Newbridge school. A number of other events were also staged by the students earlier this year.

Kieran Behan, an art teacher at school, criticised the vandalism. “It is sad and frustrating that this should happen and this is the first time it’s been defaced.

“The mural is there because of the attitude that saw it defaced in this way. It was put there to counter that type of thinking,” said Mr. Behan.

However plans are in hand to restore it.

Firstly the mural site has already been coated with masonry paint and the mural will be painted again. “Volunteers from the Kildare Youth Theatre have offered to give a hand. If we left it there as it is, it would be sending out a bad message,” added Mr Behan.