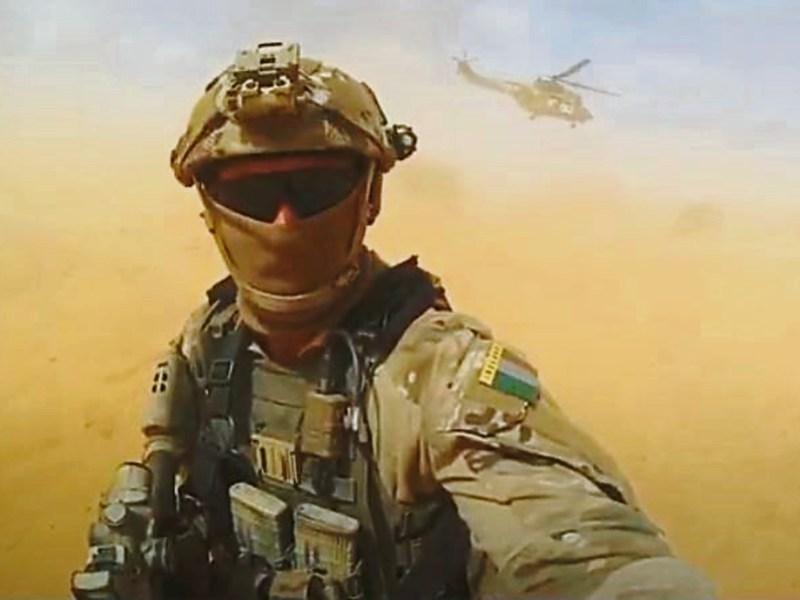 In the spring of 1980, the Irish Department of Defence sanctioned the establishment of a new unit within the Irish Defence Forces and the Irish Army Ranger Wing (ARW) came into being.

In the decades that followed, its soldiers have been deployed on active service at home and abroad, generally without the knowledge of the wider public.

The ARW is made up of seasoned men from across the island, who are selected through tough competition.

Only the best of the best make it through and are trained in an extraordinary range of specialist skills.

Being one of these elite operators takes more than simply being a skilled soldier — it means believing you are the best.

Shadow Warriors tells the story behind the creation of the ARW, from its origins in specialist counter-terrorism training in the late 1960s and the preparation of small unconventional units in the 1970s to the formation of the ARW itself in 1980 and its subsequent history.

Shadow Warriors is the first and only authoritative account in the public domain of this specialist unit.

Authors Paul O’Brien and Kildare-based Sergeant Wayne Fitzgerald have been granted access to the closed and clandestine world of Ireland’s Special Forces, who train hard, fight harder and face unconventional types of warfare, yet prefer to stay out of the limelight.

Co-author Sgt Fitzgerald joined the Defence Forces in 1990, serving with the 5 Inf Bn until 1997.

He has worked in a number of roles in the Army and Air Corps HQ.

In 2011 he was attached to Defence Forces HQ to work on the website www.military.ie.

He then became the editor of the Defence Forces' Connect newsletter.

In May 2011 he was appointed editor of An Cosantóir, where he still works.

Co-author Mr O’Brien is a military historian and works for the Office of Public Works at the Royal Hospital, Kilmainham.

An author of fifteen books, he has written extensively on the military strategy of the 1916 Rising, as well as the British Army in Ireland.

Two of his books, Blood on the Streets and Crossfire, were turned into the critically acclaimed drama-documentary A Terrible Beauty.

He lives in Santry, Dublin with his wife, daughter and two cats.

Sgt Fitzgerald told the Leader that many ARW members live in the general Co Kildare area.

He explained: “For rapid deployment on operations, most ARW operatives must reside within a close proximity to the Curragh Camp, so it’s safe to say the majority would reside within Co Kildare.”

The ARW have their own military compound within the Curragh Camp, where they practice and train.

Sgt Fitzgerald added: “But the ARW would train all over Ireland, inside other Defence Forces facilities and in private and public areas where they would have prior permission and in conjunction with An Garda Síochána (AGS).

“A good example of this would be Exercise Ullamh (‘Prepare’), conducted in conjunction with AGSI in December 2017.

“The exercise involved over 500 military personnel and assets from all three services and was spearheaded by the ARW.”

At present, the ARW are taking part in what is considered the UN's most dangerous mission in Mali with MINUSMA.

According to Sgt Fitzgerald, as of June 2019, 123 MINUSMA peacekeeping and law enforcement personnel have been killed since July 2013, along with 358 who were seriously injured.

He continued: “The ARW peacekeepers are being deployed in a response to an upsurge in violence in northern Mali, which is led by Al Qaeda affiliated militant groups.

“They will be used for long-range reconnaissance patrols, with direct action.

“This requires speed, mobility, flexibility, the ability to undertake missions that regular infantry soldiers are not trained for.”

So what does the future hold for the ARW?

Sgt Fitzgerald said: “With technology and advancements in tactics, techniques and procedures (TTPs) the ARW is leading the way for other Defence Forces personnel to train and operate.

“The ARW will go from strength to strength as they are constantly training and operating at such a high level, and their operational teams are building their skill sets.”

Published by Mercier Press Shadow Warriors: The Irish Army Ranger Wing is currently available as an eBook on Amazon RRP£3.44.

A print version will be available once Covid-19 restrictions are lifted.