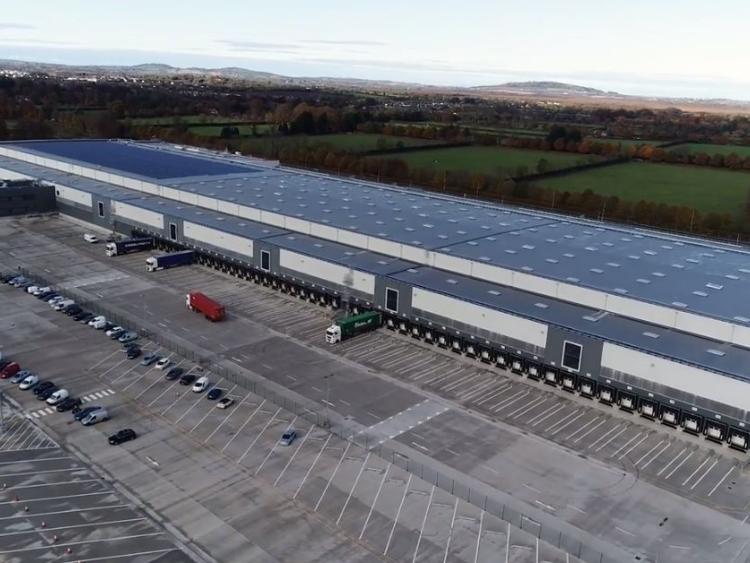 Lidl's €100m regional distribution centre in Newbridge has been shortlisted as overall project of the year at the Irish Construction Excellence (ICE) Awards.

The facility was built by John Paul Construction, a leading international specialist in construction, infrastructure and fit-out.  which was founded in 1949.

This project, which was built in just 13 months, is nearly half a kilometre in length and has a gross floor area of 58,000m2, which is 3 times the size of the Aviva Stadium.

The ICE Awards 2020 were due to be held at The Convention Centre Dublin but have now been postponed until a later date.

The project saw up to 2,000 construction jobs created during the construction phase, followed by the creation of a further 100 new full-time roles on completion. These new full-time positions are in addition to the 250 permanent staff who will move over from Lidl’s existing distribution centre.

Lidl invested €1m in its football-pitch-sized rooftop solar panel array – the largest on any building in the Republic of Ireland.

The solar panels will reduce the centre’s carbon output by some 473 tonnes annually, which is the equivalent of taking 175 cars off the road every year. Over 25% of the new facility’s energy requirements will now be generated by solar power.

Other sustainability initiatives at the centre include: