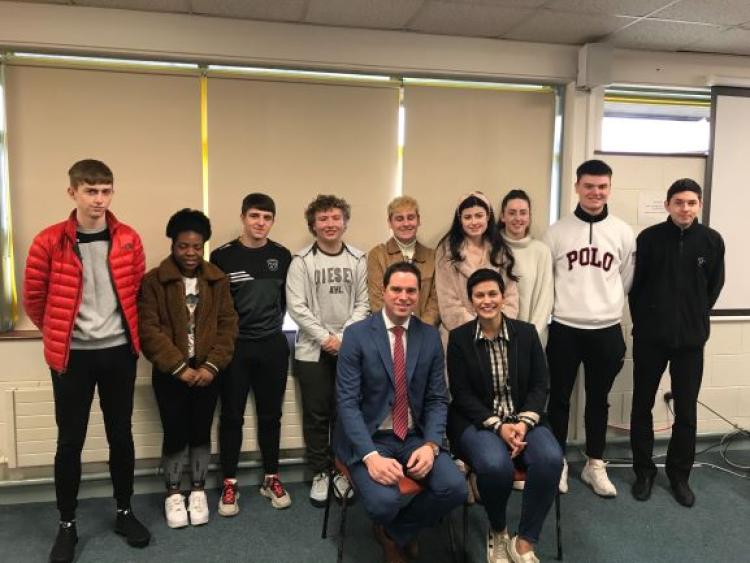 Midlands North West MEP, Maria Walsh visited Cross & Passion College (CPC) Kilcullen and met with European Studies students ahead of their planned trip to the European Parliament at the end of March.

Ms Walsh said: “It was so refreshing to hear informed students engaging in lively debate on policy and current affairs.

“I was engrossed in debates between students of different political views, who were very articulate and balanced. 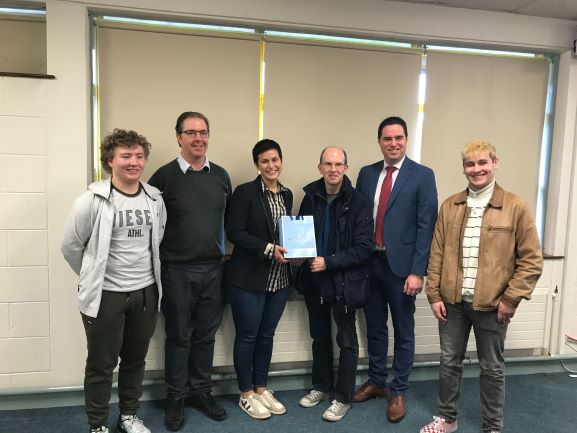 The FG MEP stated she enjoyed telling them about her work in the European Parliament and across the Midlands North West constituency, which stretches from Malin Head to Athy!

“A big thanks to European Studies teacher, John Tynan, for facilitating the visit and also a big thank you to Principal, Catherine Moynihan. Mr Tynan’s class won a Euroscola Competition and will be visiting the Parliament on the 26 March this year, where I am really looking forward to meeting them again,” she concluded.