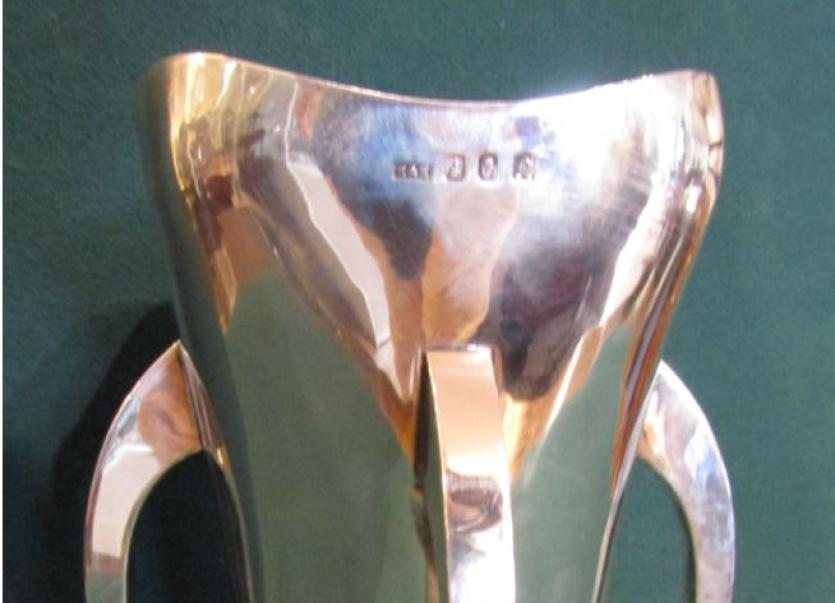 This superb silver cup up for auction was

Well-known Meath Auctioneers Matthews of Kells conduct their first auction of the new year on the weekend following the general election. On Saturday and Sunday 15 and 16 February, the auctions commence each day at 2pm. 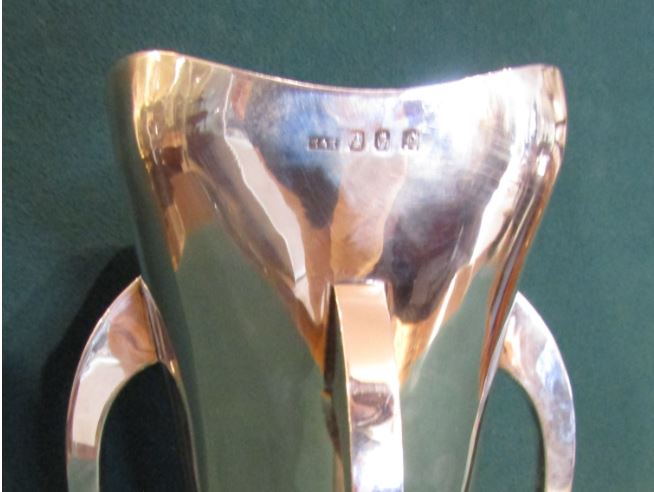 Significant Irish silver piece (above)
One of the most important pieces of early 20th Century Irish silver in existence will be offered in the auction with an estimate of just €1,500-€2,500. Described as a mether, it is a uniquely Irish drinking cup, a communal vessel. This piece dated 1908 was made by renowned Dublin silversmiths Hopkins & Hopkins, the same craftsmen who made the iconic Sam Maguire Cup.

Modernist design
Measuring 11 inches high, an impressive scale for the form, it predates the Art Deco Movement. The auctioneer Damien Matthews describes it as "a spectacular piece of Irish modernist design, it could be described as aeronautical, futurist even, but it was created in 1908, one year before the Italian futurist manifesto was published”.
He noted: “It was to be another nine years (1917) before Eileen Gray began her career in earnest as a designer. Truly, it's a wonder of early twentieth century Irish Design". 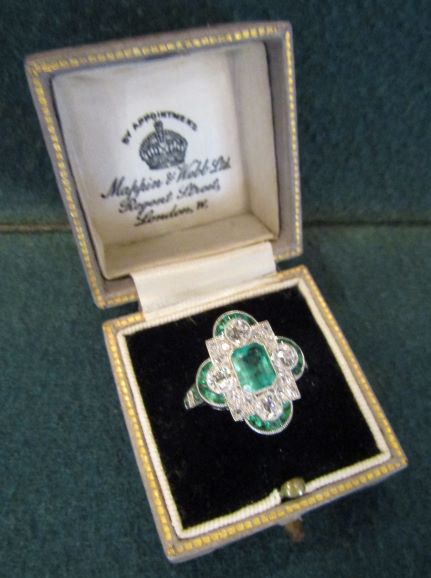 Edwardian emeralds
Also in the auction is a fine Edwardian ladies ring presented in its original box (above). Emeralds and diamonds of high colour set on platinum it has a very classical look much in vogue. The estimation on this lot, €2,000 to €3,000.
"It's an honest, good-value country sale with a few highlights, the best one we've had in a while and definitely worth coming along to view" said the auctioneer.

Over 1,100 lots
Over 1,100 lots in the auction it promises to garner interest both nationally and internationally. And while the catalogue can be viewed online on the auctioneer's website, www.matthews auctionrooms.com, the sale itself will be on public view in the Duke Brothers Building, Kells from Thursday, 13 February at 11am.
Saturday and Sunday February 15-16, auction commencing at 2pm daily. each day.