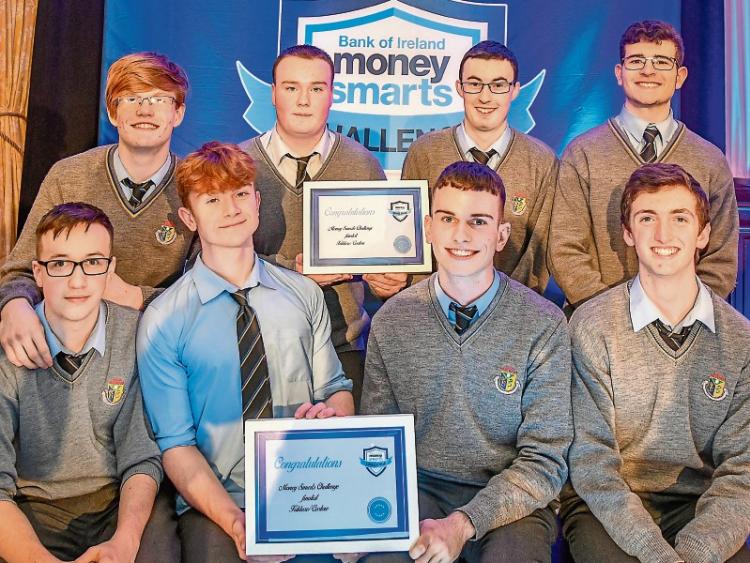 The team from Naas CBS

They won the Carlow and Kildare regional final in the Bank of Ireland Money Smarts Challenge, held in the Seven Oaks Hotel, Carlow on January 14. A total of 200 students from 50 school teams across both counties took part in the final, comprising eight rounds of money-related questions and puzzles. The Naas students guaranteed their place in the final next April, and now have the chance to claim the top prize of €25,000 for the school at the final in Citywest on April 2.

The Carlow and Kildare final was the tenth regional contest to take place in the challenge, with Bank of Ireland youth ambassador James Patrice on hosting duties.