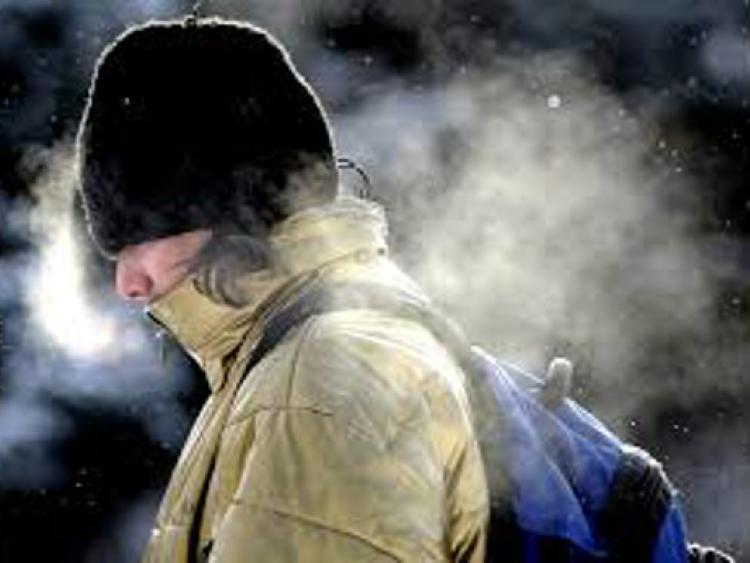 Chilly morning in Co Kildare this am. Drivers beware of road conditions.

It's a cold start this morning with frost slowly clearing. A dry and partly cloudy day with good sunny spells developing during the afternoon. Chilly with highs of just 4 to 6 degrees, in light winds. Frost developing quickly after dark.

Tonight: Met Eireann predict it will be dry with clear skies and light winds, allowing a widespread sharp frost to form. Minimum temperatures zero to minus 4 degrees.

Sunday, 19: a crisp, sunny morning with frost clearing, leading to a dry and bright day with long spells of sunshine. Maximum temperatures of just 4 to 7 degrees. Winds light to moderate southerly.

National outlook for the week ahead: high pressure will dominate our weather. Becoming cloudier and less cold next week with a little drizzle in places, however it will be mainly dry with very little rainfall expected for the next week or so, in generally slack winds.

Sunday Night: A dry night. Long clear spells in the south and east will allow temperatures to quickly drop to between zero and minus 2 degrees. A little more cloud in the north and west will keep temperatures slightly higher here with lows of 1 to 4 degrees. Winds light to moderate southerly.

Monday: Dry and bright with the best of the sunshine in the south and east. Highs of 6 to 9 degrees in a light to moderate southwest breeze. Cloud increasing from the west during the day. This cloud may bring some drizzle to the north and west on Monday night with temperatures staying above freezing in most parts, minimums generally 3 to 6 degrees, however temperatures will dip down to zero or minus 1 degrees in the southeast early in the night.

Midweek: High pressure remains in charge of our weather through midweek and towards next weekend, keeping conditions generally settled. There will be a lot of dry weather, but it will be rather cloudy with some patchy drizzle at times. Winds will be light. Temperatures around normal for this time of year, maximums 7 to 10 degrees, with minimums generally staying a few degrees above freezing, with slight frosts possible in places, most likely in the south and east.