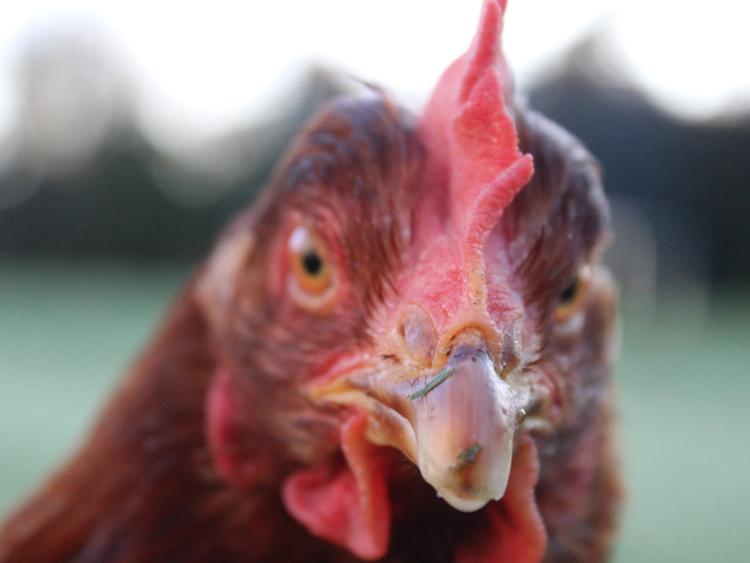 Necky a hen rescued by Littlehill Animal Sanctuary which will feature on next Monday's new documentary series One Day on RTÉ One. PIC: Niamh Cubie

​A new 3-part run of the ONE DAY documentary strand on RTÉ O​ne commences next Monday, January 6 with a Kildare animal sanctuary to feature in the opening programme.

The new series goes behind the scenes to examine services that are essential for modern day life in Ireland, and looks at people who work with animals, safety/security and entertainment/leisure.

Filmed at multiple locations over a 24 hour day, Monday night's episode will focus on the work of Littlehill Animal Rescue run by Susan Anderson (below) and volunteers. The documentary will feature Susan's exhaustive itinerary for a one day hen rescue run organised by Littlehill, which is based a few miles from Kilcullen and Ballymore Eustace.

“If you would like to see 24 hours in Littlehill and one of our hen rescues (sleeping time about 3 hours ), please do watch the show next Monday evening,January 6 on RTÉ at 9.35pm, after the news” said Susan... “​It’s called - One Day​, Keeping Ireland Company​". 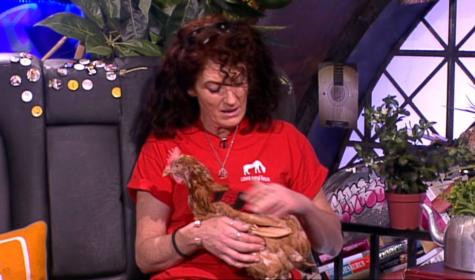 She added: “One Day of looking after all the residents in Littlehill from 5am, driving to the egg farm and collecting the little hens before the slaughterhouse truck does, feeding them, minding them and driving all over the country delivering them to their new families and then back to Littlehill to feed and settle everyone for the night, giving extra care to the little hens so broken from their lives in an intensive farm – it's exhaustive but rewarding” said Susan “And it's often after midnight before we finish”.

Susan continued: “I don’t know what to expect but I hope it captures what we do every day, and the transformation it make to hens, cats and dogs, ponies, horses, goats, pigs, etc that we've rescued and also to people’s lives, for the better, I believe”.

"Be it rearing, playing, grooming, caring or cremating - we capture it” wrote RTÉ in advance of the programme.

A new 3-part run of the ONE DAY documentary strand on RTÉ One with each episode giving an insight into each industry through the lives of those who work on the ground - Monday next at 9.35pm on RTÉ One.​