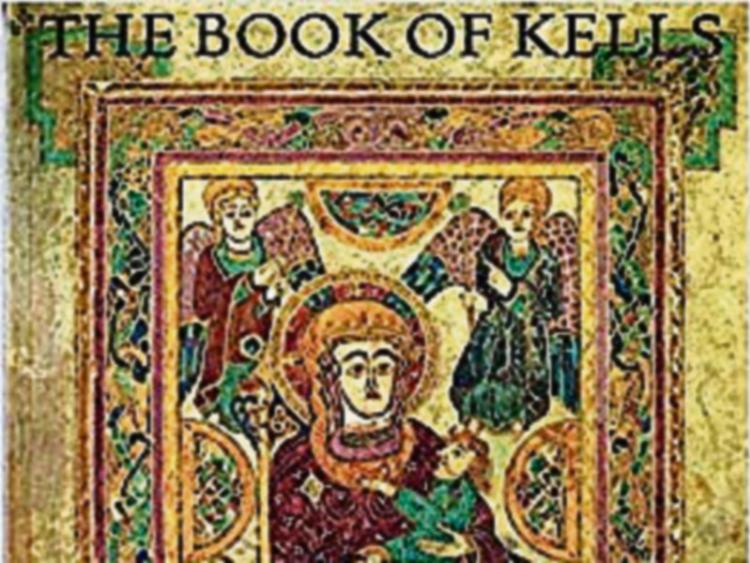 The Book of Kells

Clear evidence came to light last summer that the Book of Kells, Ireland’s greatest treasure, was likely made by the monastic community of St Brigid run by women at Kildare and that the scribes and illuminators of the book were women.

Francis O’Reilly, an independent researcher, presented this evidence in a paper at the 2019 Irish Conference of Medievalists held in Cork on Saturday, June 29.

It was shown how the 7th century Kildare life of its saint, Brigid, and the Book of Kells can be used to understand each other. The theme of a woman who can compel a man unifies both.

His research shows that Kildare in its Life of Brigid was claiming primacy for its bishop in Ireland, yet asserting that, at Kildare, this archbishop was subject to the abbess.

In the Book of Kells, Brigid was portrayed as the Goddess who can compel any man. She is depicted as the Virgin in the Virgin and Child page and the Celtic Goddess with sovereignty over God and man who could take dragon-form.

He claims that for the Kildare Life of Brigid, written in Latin, a male author pseudonym was adopted to make the same point, Cogitosus.

“They went so far as to have this fictional man open the life by punning on his name, writing “Cogitis me” ‘I am compelled’,” Mr O’Reilly said.

“In the Book of Kells, the creation of the book itself is represented as the work of women and it’s likely it was created by women. This can only have taken place at Kildare. The received theory that it was made at an all-male community associated with St Colm Cille, at either Iona in Scotland or Kells in Co Meath, rules women out as its creators.”

Sr Phil from Solus Bhride in Kildare town welcomed the claim. “This has only come to our attention recently and we are excited about it and wish that it were true. It is not beyond the bounds of possibility.”

The original Book of Kildare, was always said to have been found at St Brigid’s cathedral, which historians believe may have been even more impressive than the Book of Kells.

An invitation may be extended to a researcher Francis O’Reilly to come to Kildare town after his findings suggest that the Book of Kells, has such tantalising links with the monastic community of St Brigid, run by women in Kildare town.

Kildare’s executive librarian Mario Corrigan said recently that he is impressed with the idea of the research, adding that an invite should be extended Francis O’Reilly to Kildare to present his findings.

“The Book of Kildare appears in the works of Giraldus Cambrensis and its description led some to declare it was indeed the Book of Kells,” he said.

“At the very least it appears to have been comparable in terms of beauty and embellishment. There are quite a number of factors to consider to prove the research to be more than a theory as impressive as it might be. For example Cogitosus is supposed to have written his life of Kidlare around 650 AD while the book of Kells supposedly dates to 800 AD so there some discrepancies.”