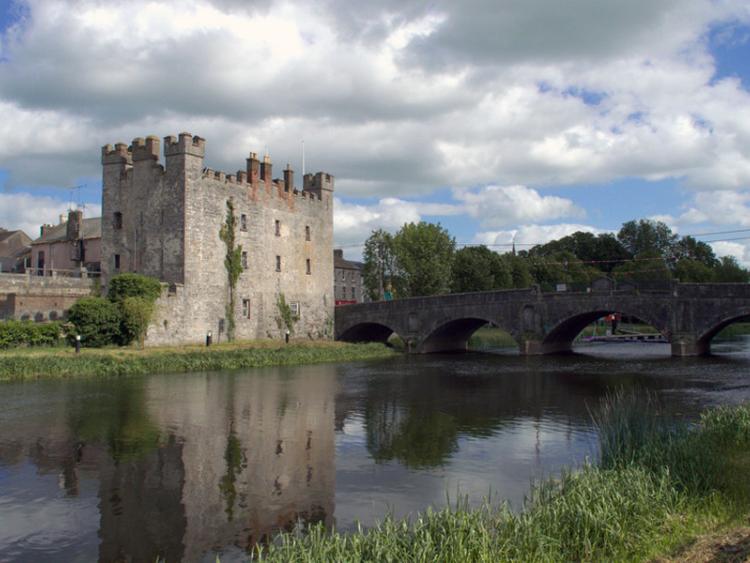 The historic White's Castle located in Athy is still up for grabs for the right buyer for €450,000.

This unique 15th century castle is situated on the banks of the river Barrow in a prime location in the centre of the town.

White Castle is not only in the centre of Athy but has also been at the centre of the town’s long and interesting history. The castle has served many roles including: acting as a fortress to guard the Cromaboo bridge and town from the wild Irish ‘beyond the Pale’, a prison, and as a family home as recently as 2005.

The main entrance on the ground floor, is through a gothic style cut stone arch & studded door that leads into the hallway and stair case. The ground floor has a spacious main room with barrelled ceiling that leads on to a hallway, off of which is a medium sized room and two further small rooms (originally cells), as well as the rear entryway.

The second floor has a similar layout to the first floor.

The roof may be accessed via a landing on a partial third floor. The perimeter of the roof affords magnificent views of the river Barrow.

Over the years, sash windows were installed to allow light to permeate the thick stoned-walled building. However, many of the original arrow-slit features remain throughout the castle.

There are flag stones in the entrance hallway and throughout much of the ground floor, upper hallways and some of the rooms, other areas have wood flooring.

White castle was an occupied private residence up until 2005. The previous owner (2005 – 2012) installed a new roof and stripped the interior of the castle back to stone and plaster ready for further renovation.

The castle was built in 1417 by Sir John Talbot the Viceroy of Ireland to protect the newly built bridge over the River Barrow. Built into the wall on either side of the original doorway are two sculptured slabs indicating that the castle was previously owned by the Earl of Kildare, verified by his coat of arms to the right of the entrance doorway.

During the Irish Civil Wars, (1641-1658), White castle was captured many times, with Confederate leader Owen Roe O'Neill occupying the castle in 1648 for three years. These factions were defeated when Oliver Cromwell and his army landed in Ireland later that year.

In 1730 White Castle became the town gaol and remained in that role for the following 100 years. White Castle featured prominently during the 1798 Rebellion with many rebels imprisoned in the castle cells awaiting their execution in the town.

Around 1802 the castle was extended on the north side doubling the size of the original tower. A further smaller extension was added to the north end in 1830 when the building was used as the RIC (Royal Irish Constabulary) police barracks. When a new prison was built in the town, the castle then evolved into the local police station, and became home to the policemen and their families.

The building was again renovated in the late 19th century, when the police station was moved elsewhere, at which point White castle became a private residence for the Talbot family. In the 1960s, descendants of the Talbots made White Castle their family home until 2005.

White castle is steeped in history and lies right at the heart of Athy town; this historic property offers a great opportunity for further restoration and development as a home and/or a commercial venture with particular focus on its tourist potential as a heritage centre or museum.