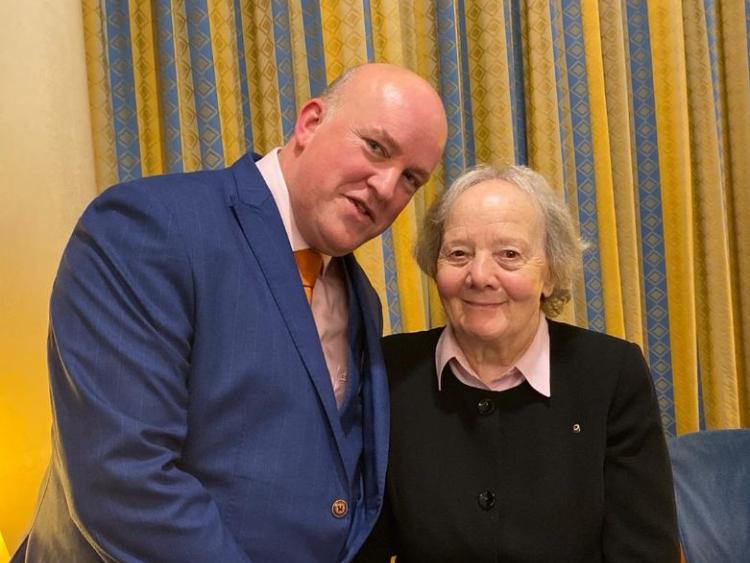 Kildare business man, Aubrey McCarthy, founder of Tiglin, with Sr Consilio who was presented with the Oireachtas Human Dignity Award

Sr Consilio Fitzgerald, founder of Cuan Mhuire was presented last night with the Oireachtas Human Dignity Award at a ceremony in Leinster House. 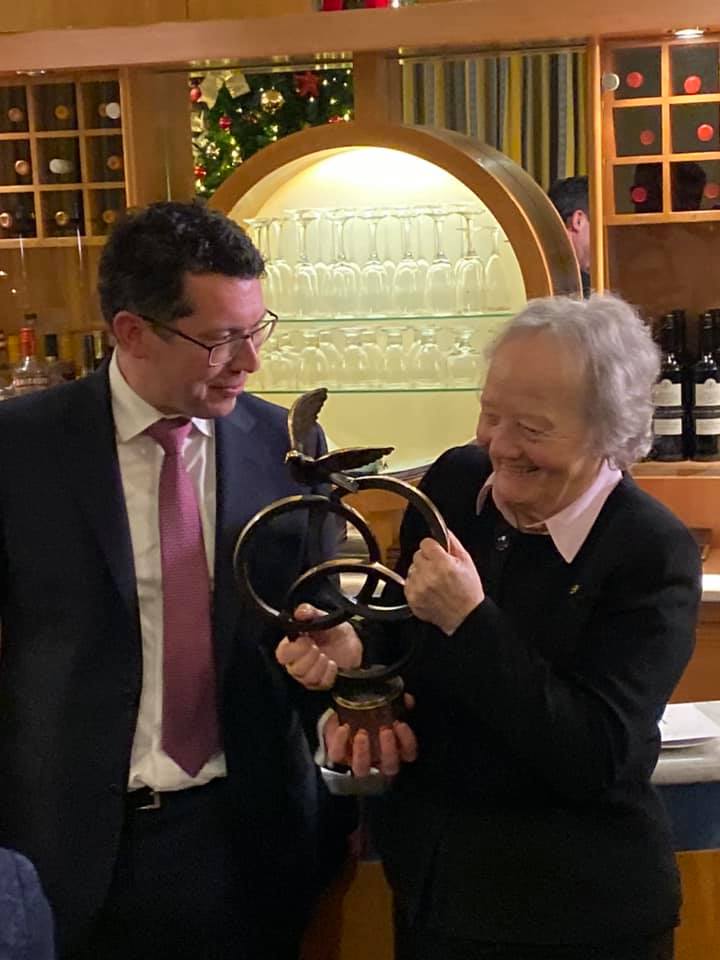 In accepting the award, Sr Consilio said: “When people grow up feeling they are not good enough, they find drink or drugs to help them with the pain. Cuan Mhuire helps people deal with that pain and hurt – they are a joy to be with when they are sober and well.

“I'm fifty three years helping the most wonderful people who have been trying to ease the pain and find freedom. Affirmation is the key”.

She continued: “There is no such thing as a person who can't be helped. If you can make their life or their families life better, it's worth it and we have 600 people at any time being helped. Continue to be a home from home for the people who need it – continue to keep it where unconditional love is the name of the game” concluded the former REHAB Kildare Person of the Year recipient.

Earlier in the day, An Leas Comhairle, Pat The Cope Gallagher welcomed Sr Consilio to the Dáil: “On my own behalf and on behalf of the Ceann Comhairle, I want to welcome a very special lady to the Visitors Gallery today, a lady who is known the length and breadth of the country, Sr Consilio.

“I was pleased to have the opportunity to present her today with the Human Dignity Award on behalf of the group in the Dáil. Sr Consilio has helped thousands of people who have suffered from addiction and we greatly appreciate her work and wish her well. We know she has plans and, hopefully, she can fulfill all of those”.

Aubrey McCarthy then auctioned some items, with all funds raised in aid of Sr Consilio's addiction support programme.

Cuan Mhuire started in 1966 in a room at the Convent of Mercy, Athy.  Later it had the use of the ‘Old Dairy’.  In 1972, the first purpose built Cuan Mhuire was developed by Sr Consilio and the men she had helped, located on a 50 acre farm near Athy.  In 1992, this campus was extended with the practical help and support of her brother, John Fitzgerald.
In 1977, Sr Consilio developed a second Cuan Mhuire centre in Bruree, Co Limerick.  It was 1984 when a third centre was established in Newry in a then strife–torn Northern Ireland.  In 1994, the fourth Cuan Mhuire treatment centre was set up in Coolarne, Co Galway.  The first Cork based Cuan Mhuire treatment Centre was set up in 2006, catering for females only.