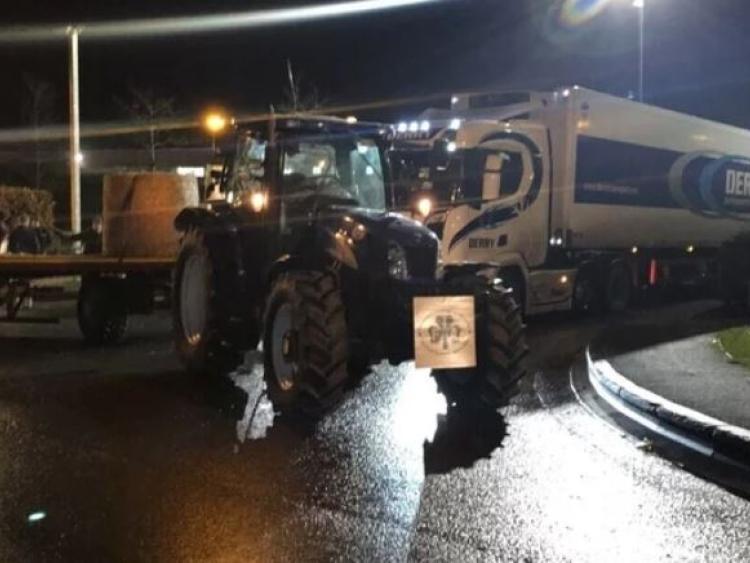 Twenty trucks trying to get in and out of the large distribution centre were blocked this morning as angry farmers and IFA representatives call on interested parties to address the falling price of beef for Irish farmers.

IFA President Joe Healy stated on RTÉ this morning that the continued falling prices needs to be addressed now by the Minister, processors and the farming industry.

A price index initially showed that meat prices were 17 cent per kilo lower for Irish farmers when compared with their European counterparts.

However, Mr Healy noted that negative price gap has significantly risen with prices released from a  more recent price index showing the price gap had risen from 20 cents less per kilo up to 50 cents, making the situation now a crisis for Irish farme

Mr Healy further noted that a meeting earlier this week from interested parties - which was initially welcomed - resulted in no significant improvement for Irish farmers, and that the IFA were bitterly disappointed that neither the Minister for Agriculture, Food and the Marine, Michael Creed, TD nor significant representatives attended the meeting.

The IFA President claimed retailers were working "hand in glove with processors" with no consideration for the depleting incomes of Irish farmers.

Gardaí are now managing a traffic plan but motorists are advised to expect delays in the area.

Gardaí there with a traffic plan in place