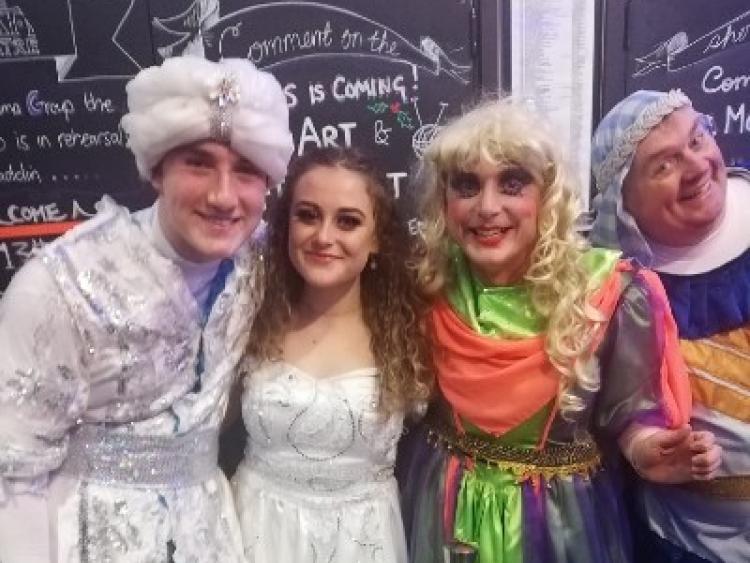 This year’s Moat Club panto is Aladdin and with an ensemble cast singing and dancing, loads of jokes, two genies and a flying carpet, it’s a magical night out for the entire family to enjoy.

The Moat Theatre was filled with excited faces young and old on Thursday 28 November for the panto’s preview night, and the pantomime opened to a detailed Arabic town setting with stalls and a laundromat, as well as beautifully detailed costumes for all of the cast.

All is quiet in the town of Arabia where Widow Twankey (Hugh Gallagher) and her son Aladdin (Aaron O’Conor) run the laundromat with the help-or is it hindrance?-of laundry boy Wishee Washy (Shannon Somers) and his cheeky monkey Abu (part shared by Ryan Bolger and Lily Molimard).

But then the dastardly Abanazar (Michael McHugh) blows into town seeking to gain access to a fabled cave filled with riches to get a golden lamp which contains a genie (Pat Breslin) who will grant three wishes. The thing is, he needs Aladdin’s help to get into the cave and must come up with a dastardly plan to extract the lamp.

Aladdin has other distractions in the form of Jasmine (Jordyn Feighery), the beautiful daughter of the strict Emperor (Padraig Broe).

For speaking to her, Aladdin risks being thrown in jail by the Emperor’s guards Sergeant Muhammad (Paddy Carroll) and Garda Ali (Molly Larkin)! 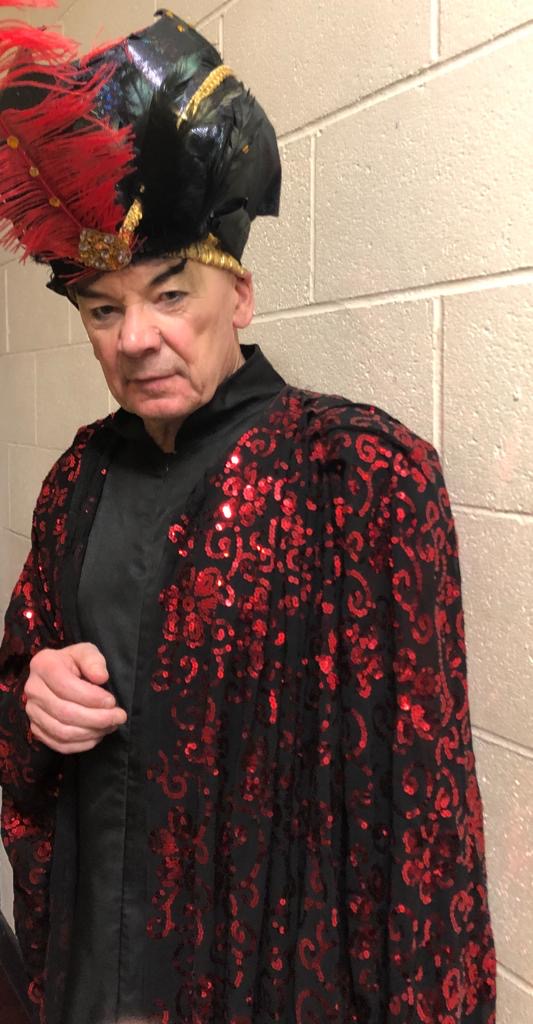 Michael McHugh stars as the villanous Abanazar in 'Aladdin'

Pat Breslin stars as the Genie 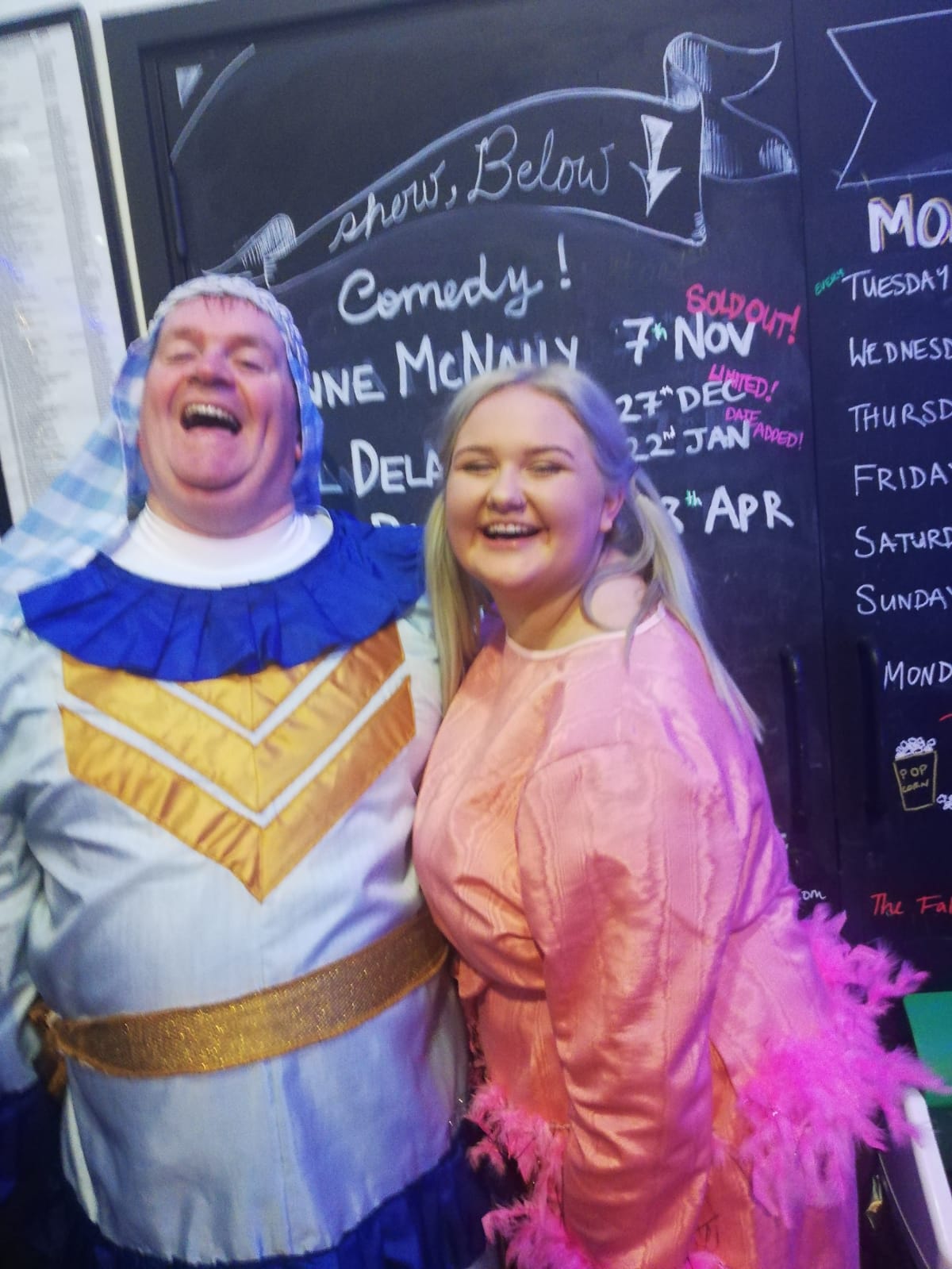 With 20 adorable young actors in the junior chorus, split into two teams of ten, and the cave spirit dancers, as well as a cast of Arabian citizens, the Genie of the Ring (Brian Lyons) and of course the magic carpet (Mia May Doyle) there is fun and colour in every scene.

Can Aladdin and his friends thwart Abanazar’s evil plans and save Arabia from ruin?

The comic relief of the panto is shared between Sergeant Muhammad and Garda Ali as well as Wishee Washy, Abu, and Widow Twankey, with plenty of terrific jokes that is sure to have the audience in hysterics with their mad-cap antics.

Meanwhile, the dastardly Abanazar is played by the fantastic Michael McHugh, bringing a perfect balance of comedy and evilness that everyone will love to hate compared to the heroic Aladdin and the strong-willed Jasmine

There are some truly show-stopping dance numbers performed by the talented cast such as a rousing performance of ‘Friend Like Me’ by all the cast and a stunning solo of ‘Speechless’ by Jasmine (Jordyn Feighery) which is a nod to Disney’s mega-hit, live-action version of Aladdin which was released earlier this year.

The Moat Club gives its own modern spin to the classic tale of Aladdin with plenty of surprises along the way that is sure to delight young and old this Christmas season.

Aladdin runs from on selected dates from 29th November to 14th December.