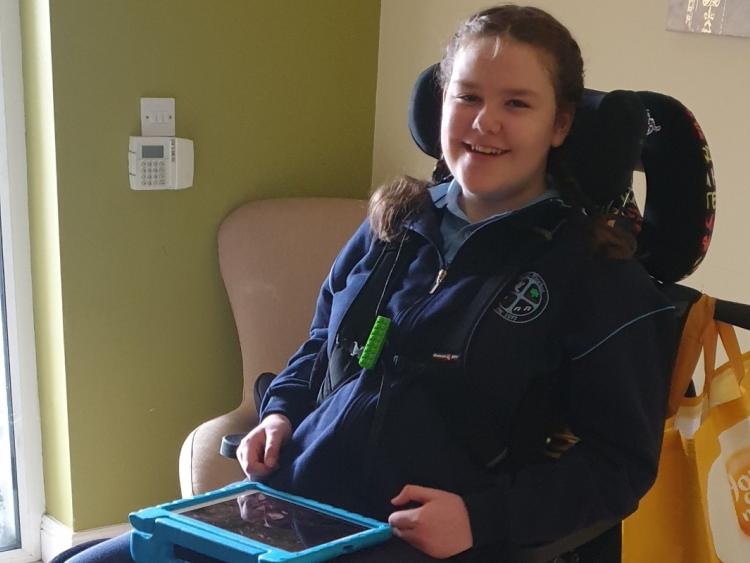 A family from Donadea in Co Kildare is fundraising to get their 13-year-old daughter a service dog after a rare autoimmune disease left her wheelchair bound.

Young Sophie Buckmaster, 13, also has autism and in July 2017, she was struck down by autoimmune encephalitis, a rare illness which causes inflammation of the brain.

Speaking to Kildare Now this week, her mother Samantha explained that the family has this week launched a GoFundMe campaign to get Sophie her very own service dog.

“For two years Sophie couldn’t really speak and she can’t walk at the moment. She’s in a wheelchair and we had to get the house modified and a lot of other changes. It’s been really hard for us all, especially for Sophie because she can’t run around like she used to anymore,” explained Samantha, who is also a mum to three other children.

Sophie had to change schools because of her needs and she now attends CRC in Clondalkin which caters to children with physical disabilities. According to her mum Samantha, Sophie has been on a waiting list since 2016 to receive a service dog to help her with her autism.

“She’s been on the waiting list for three years now, there’s such a high demand for service dogs and we’re hoping to get her a service dog from My Canine Companion which caters to children with autism.

“But it is very expensive to raise and train a service dog to that level, although we feel that a service dog will help her to feel safe at her hospital appointments which is why we are now fundraising.

“After she got sick, Sophie lost her confidence for a while as she can no longer run around now that she’s in a wheelchair. It’s been very difficult for her.

“Sophie is also a huge animal lover and a service dog would help keep her calm when she’s out and about going to hospital appointments, the dentist or shops,” said Samantha.

Sophie’s family are now hoping to raise €10,000 or as close to it as possible so that she will receive a service dog as soon as possible. In the last few days,the family has so far raised over €4,000.

“We really appreciate all the support we’ve been shown in the last few days, people have been very generous. Even my oldest son’s friends who are seventeen years of age have donated money to help us get Sophie her service dog,” said Samantha.

To donate visit to GoFundMe campaign at www.gofundme.comand search for ‘A service dog for Sophie’.