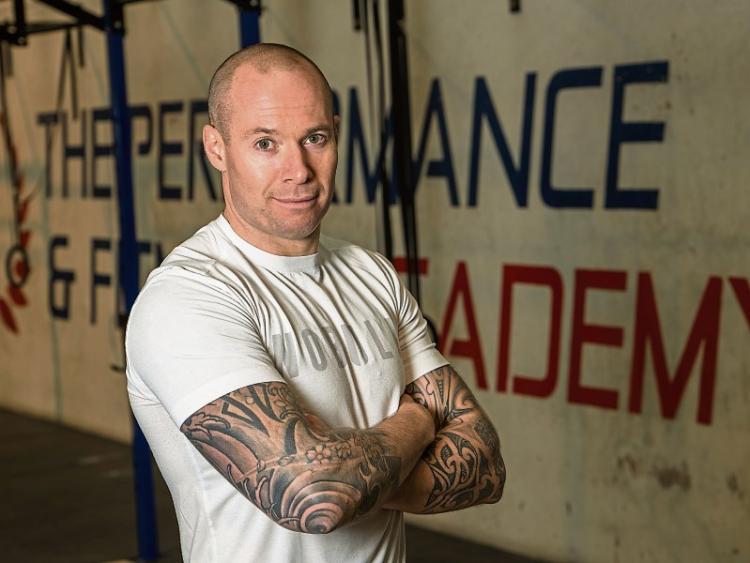 At the age of 24, Niall Munnelly should have had the world at his feet.

Instead, he was suffering from depression, having regular panic attacks and planning to take his own life.

Niall, now 38, runs a successful gym, The Performance and Fitness Academy, based in Toughers in Naas.

But 14 years ago, life was very different.

“At the time, I didn’t have the language to speak out,” Niall told the Leader.

Niall, a qualified electrician, spent time working in Australia. When he returned to Ireland, Niall turned to drink and drugs.

He remembers the day it all took a turn for the worst.

“It was Good Friday, and I would have ran out of alcohol and basically took a load of drugs, like ecstasy, cocaine and speed, a mixture of the three and then just ended up in hospital because of it.

“It was definitely something I look back on now and count my lucky stars, I suppose, that I got through that, but at the time I was spiralling out of control anyway because I was living in Australia for a year and a half, and when I was there I felt like I could be who I was. I didn’t have to wear as many masks, but when I came home I felt like I could fall back into who I was pretending to be and that was the tough, hard, man, the epitome of strength.

“So then alcohol and drugs were just another escape, they just masked all the underlying issues I had.”

“They basically ruined my confidence to the point where I couldn’t leave the house because I was afraid of having a panic attack on the street.

“So I found safety hiding myself at home and isolating myself, but then that was probably the worst thing I could have done because isolation only makes you fester in all the bad thoughts.”

Niall had always kept in good shape but during this time he started to put on weight.

“Me being afraid to leave my house and isolating myself was the catalyst for me not exercising anymore, putting on three or four stone and going from a slim, athletic person to having three or four stone on your body, looking at yourself every day. It was a bad time.

“I refused to go into a gym because I was ashamed of who I became because I put on so much weight.”

Niall felt he couldn’t turn to friends because they didn’t know how to deal with it.

“It was awful, I don’t even know if there’s words out there to explain how lonely and sad I felt, because as a 24-year-old guy who was into sports and into lifting weights, most of your friends are into the same thing so you’re trying to talk ‘strong men’.

“I felt like I couldn’t turn to my friends and ask them about it because I felt weak having a mental illness.

“Now it’s completely changed, but at the time I didn’t feel I could reach out because I felt like they couldn’t help me.”

Niall recalls the day he hit rock bottom, and tried to take his own life at the Curragh.

“I remember crying, and I remember shouting up at the sky, like I lost my mind or whatever, driving home and walking inside my door and I just said to my dad ‘I’m just after trying to take my own life and I need help, I’m dying’.

That was when Niall realised his life needed to change.

Getting back into exercise was his saving grace. He found his passion for helping people while living in New Zealand.

“My brother Dominic, who’s a well-known personal trainer, was sending me workouts and programmes while I was abroad.

“So I was doing all these exercises people didn’t know and they were coming up and asking me about them.”

From there Niall realised there was a niche for personal training.

“So I made a decision there and then to fly home to Ireland to go back to college to get my cert to help people.”

“Everyone thought I was mad. I was working as an electrician and security guard as well, people said ‘there’s safety in that’, but something was pushing me towards doing what I’m doing now.”

Niall has opened up about his battles with depression and anxiety in a new documentary made by an Athy filmmaker, Michael Lee Aldridge.

Titled You’re Not Alone, it gives an insight into Niall’s battle from being bullied as a child, to fighting depression and wanting to take his own life, to setting up a successful business.

Niall is hoping people suffering can find some hope in what he has to say.

“By opening up, it might give other people the motivation to do the same.

“By talking about mental health it has the power to reduce the stigma that’s out there.”