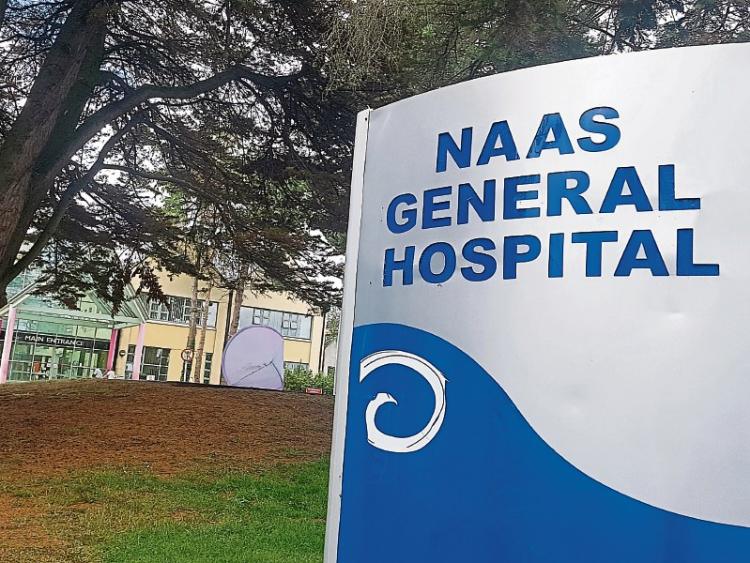 Nearly 300 patients were admitted through the accident and emergency department at Naas Hospital during October with no bed being immediately available.

The figure was the highest for October since 2014, according to the Irish Nurses and Midwives Organisation.

Nurses working at public hospitals throughout Ireland began recording overcrowding figures over a decade ago.

The October 2019 figure for Naas is the third worst October figure for the facility.

There were not enough beds for 11,452 patients in Irish hospitals this October, according to new figures released by the INMO.

The nurses and midwives’ union noted that this is the worst-ever October for overcrowding and the second-worst month since records began. The INMO has warned that, together with chronic understaffing patients are at “grave risk”.

It says that an analysis of Health Service Executive workforce figures shows there are 308 fewer staff nurses, 37 fewer public health nurses and 87 fewer midwives since the start of this year. The final figure represents a 6% drop in the staff midwife workforce over just nine months. Figures produced by the INMO in August found over 1,300 nursing and midwifery vacancies in the public health sector as a direct result of the HSE’s recruitment freeze. 284 of the vacancies were in midwifery – with 1 in 6 posts vacant. Understaffing is linked with higher patient mortality and longer stays in hospital.

The UK’s National Institute for Health Research found that when nurse staffing fell below average levels on a ward, the risk of death increased by 3%.

The research also found that each additional hour worked by nurses per patient reduced the risk of death by 3%.

In Ireland, similar trials by UCC and the Department of Health found that appropriate nurse staffing levels reduced patient mortality and length of stay, reduced staff burnout and produced net financial savings due to shorter stays and less agency staffing.

INMO general secretary, Phil Ní Sheaghdha, said: “The message from the frontline is clear: patients are being put at grave risk. There is no doubt that this situation will worsen as winter bites, unless staffing becomes a top priority for the government. Patients are paying the price for the HSE’s “go slow” recruitment freeze, which leaves many posts unfilled.

“ I have written to the HSE to warn that their recruitment pause is putting lives at risk. We need to be encouraging more nurses and midwives into our system. Instead, we are making an already bureaucratic recruitment process even more difficult.”