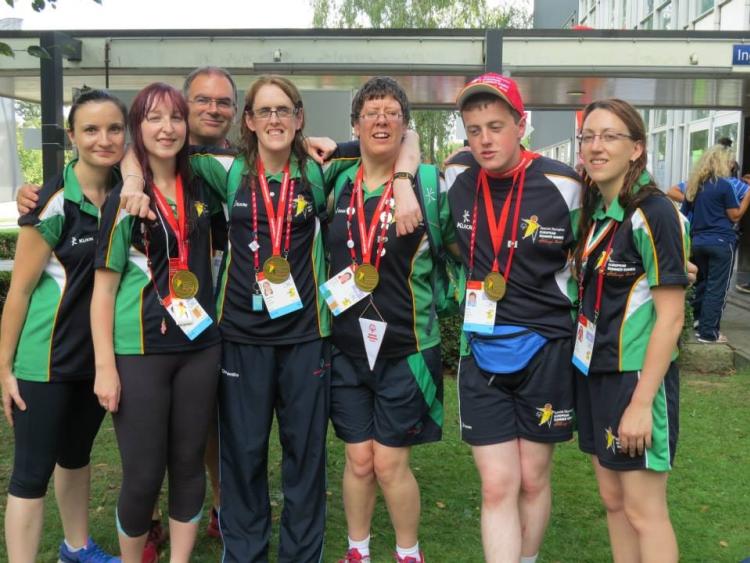 Co Kildare woman Aideen Dowling has been shortlisted in the Sports and Recreation category for her dedication to Special Olympics Leinster as part of the twelfth annual Volunteer Ireland Awards 2019. The awards will be presented on 6 December. Originally from Leixlip and living in Clane, Aideen has been involved with Special Olympics for the last 18 years. She started out with the organisation as a general volunteer at sport events taking on the role of staging assistant.

She then progressed onto a time keeper role and subsequently obtained her swimming qualifications to become a swimming official. Aideen is now an accomplished swimming coach and regularly takes on lead event management roles at swimming events.

Speaking to the Kildare Post this week, Aideen said she was delighted to have been nominated in the Sports and Recreation category. “I work with some extremely dedicated and talented people in Special Olympics. I am incredibly humbled to have even been put forward for such an award let alone be shortlisted alongside such fantastic fellow nominees. Special Olympics provides such an opportunity to a vast number of people I am so proud to be able to represent them and all of their volunteers on this occasion,” she said.

Aideen explained that she is from a family of keen swimmers and water safety instructors, and she started volunteering at local Special Olympic events at local pools.

“The volunteering aspect is invisible to me, I really enjoy helping people to challenge themselves. Having the opportunity and ability to help people do this, whether it is in their chosen sport, or as a volunteer/coach has really been the attraction for me and what keeps me involved year after year.

“Initially, it was a common interest in swimming. However, this evolved over the years as I progressed in my professional career as a project manager, I have been able to offer more support up to running national events as well as training volunteers and coaches in special olympic clubs across the country” said Aideen.   She has been involved in over 50 different sporting events and she also offers expert advice and support to clubs for any swimming related queries. She supports coaches by visiting their clubs and offering coach education, training and advice.

Over 1 million people in Ireland volunteer and these awards aim to celebrate the hard work and dedication of volunteers across the country. Aged 10 to 80 from sixteen counties, this year’s shortlist is a showcase of the breadth and depth of volunteering in Ireland. From mental health to sport to homelessness, volunteers have an invaluable impact on communities across Ireland every day.

“I’d like to congratulate Aideen for being shortlisted in this year’s Volunteer Ireland Awards. Each year, I am blown away by the breadth and diversity of volunteering across Ireland. So many people go above and beyond because they care and they want to make a difference. These awards are a chance not just to say thank you to these extraordinary people but also to share their stories and shine a light on the extraordinary work that goes on in communities like those in Kildare every day.”

The twelfth Volunteer Ireland Awards take place on Friday 6 December at the Carlton Hotel, Blanchardstown, Dublin 15. The winners of each category will be announced and Ireland’s Volunteer of the Year for 2019 will be named.