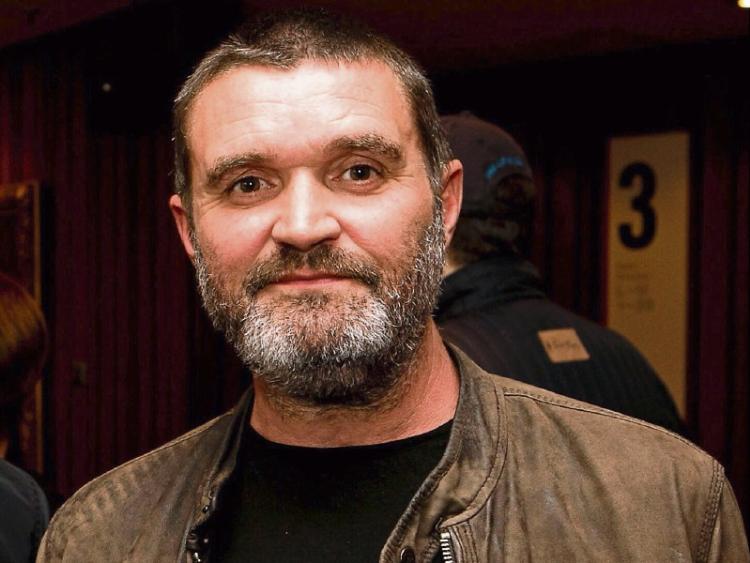 The Moat Club Naas One Act Drama Festival which runs from October 25 – 27, will be officially opened by famous playwright, Jimmy Murphy.

Murphy is an Irish playwright living in Dublin. A former writer in residence at NUI Maynooth (2000–01), he is a member of the Abbey Theatre’s Honorary Advisory Council, a recipient of three Bursaries in literature from the Arts Council/An Chomhairle Ealaíon and was elected a member of Aosdána in 2004.

His stage plays include Brothers of the Brush (Dublin, The Peacock, Dublin Theatre Festival 1993), which was awarded best new Irish play; A Picture of Paradise (The Peacock, 1997); The Muesli Belt (Dublin, The Abbey Theatre, 2000); Aceldama (1998), The Kings of the Kilburn High Road (Waterford, Red Kettle Theatre Company, 2000), The Castlecomer Jukebox (Red Kettle, 2004) and What's Left of The Flag (Theatre Upstairs @ The Plough 2010), nominated for an Irish Times Best New Play Award.

Murphy's last play, with an all female cast, The Hen Night Epiphany, premiered at The Focus Theatre, Dublin in September 2011 and was published by Oberon Books.

The play The Kings of the Kilburn High Road was adapted by Tom Collins as the Irish language film Kings, and was selected as Ireland’s entry for best foreign-language film for the Academy Awards by the Irish Film and Television Academy

The festival itself, which is part sponsored by Russborough Parklands & Gardens and The Moat Club, will see nine amateur drama groups from around the country competing over three nights in the Open (Significantly Experienced) and the Confined (Less Experienced) sections with the ultimate goal of each company being qualification for the DLI/ADCI All Ireland One Act Finals which will be hosted by West Cork Drama Festival, in Rossmore from December 6 – 8. The Moat Club Naas One Act Drama Festival is just one of 24 preliminary festivals in which groups must compete and win at least three festivals to qualify for the All Ireland One Act Finals (6 Open/5 Confined).

This year’s adjudicator is the well respected and talented Ailbhe Garvey-Hughes.

After the three performances each night Ailbhe will deliver her public adjudication. On Saturday, October 26 after the final play is performed the awards ceremony will take place in which Ailbhe will present awards in the following categories; The Richie Whelan’s Menswear Award for Most Promising Performer, the JBW & FSP Award for Backstage/Technical Excellence, Best Actress (Kitty Norton Memorial Award) and Best Actor(Dan O’Connell Memorial Award) in the Open Section, Best Actress and Best Actor in the Confined Section, the Dick Roche Memorial Award for Best Director in the Confined Section, and the Dermot McNamara Award for Best Director in the Open Section.

There will also be an Audience award which is the Anna Manahan Audience Award for Most Entertaining Play which is chosen by the audience over the three nights. The final Award is the newly commissioned Russborough House Trophy for Best Overall Play of the festival which will be given to the group who scored the highest marks between both Open and Confined. This trophy has been commissioned as a thank you to Russborough House and Parklands for all their generosity over the last number of years by sponsoring the raffles. The festival kicks off at 7:30pm each night and tickets can be booked online at www.moatthetare.com or by calling (045) 883030.

The line up of plays each night is as follows:

— Waiting For You by Mark O’Leary (COMEDY), Balally Players (Open)