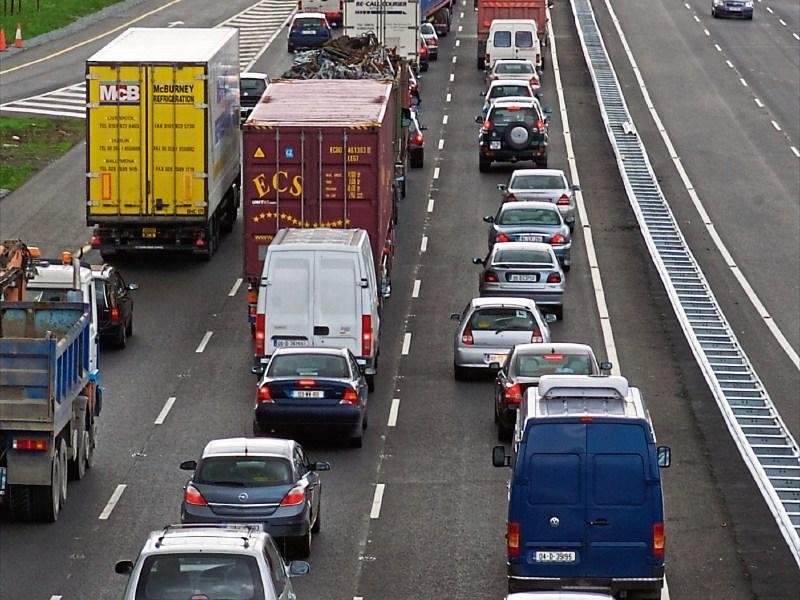 It’s important you understand that I am a complete dumbo when it comes to economics. I have rarely understood it, nor knowingly made any wise financial decisions (I made a few by accident).

But David McWilliams had a piece in the Irish Times the other day about what the Minister for Finance should do in the forthcoming budget.

And seeing as I know nothing about these things and McWilliams is an economist, and because I hadn’t quite gathered my thoughts in relation to my forthcoming and greatly anticipated budget submission, and because I have concluded that McWilliams talks sense... I’m going to steal his.

His central thesis is simple.

Ireland has the youngest and fastest growing population in the EU, with the result that considerable population growth is inevitable, so let’s get our infrastructure built now, in anticipation of that growth, rather than being caught short in a few years time.

In particular, he recommends a huge investment in rail (over and under ground), cycling paths and motorways.

And then he makes some points about interest rates being very, very low on an EU level and therefore we should be taking advantage of that to borrow loads.

In fact he recommends we borrow up to €200 billion. I dunno if that’s a runner, but it sounds like a grand big number that could build a lot of cycling lanes and rail links.

He also suggests that it be paid for with the annual income that the government currently makes on tax on transport (VRT, car tax and the like) which is about €1.87 billion

Now, I’ve a feeling that that might be the flaw in his logic, because I’ve no doubt the government currently uses that money for other stuff, and can’t simply just spare €1.87 billion all that easily.

But then I only did commerce until me Inter cert and wasn’t terribly good at it, so I’ll remain humble on this one.

However there is one point that McWilliams makes that cannot be denied.

Consider the bellyaching and giving out that went on when Terminal 2 was being built at Dublin Airport, with even Michael O’Leary calling it the Taj Mahal and saying it would be the death of the Irish tourism industry.

“People criticised it for being empty, overblown and far too big for the temporarily diminished traffic (during the recession). Ten years later it is bursting at the seams,” says McWilliams.

One is more than happy to commit to print the following point: Michael O’Leary was wrong.

But back to Mr McWilliams, who makes the general point that “public infrastructure building should pre-empt demand, not catch up with it”.

That’s a statement that makes sense to many of us, but when it comes to Irish infrastructural development, it’s revolutionary.

I honestly would struggle to think of many cases of infrastructure built in Ireland that preempted a demand for it. That’s just not our way. T2 and the Luas are notable exceptions.

It’s arguable that all of the greenways, especially the initial few like the Great Western Greenway were ahead of their time, but the huge and immediate surge in use for them once they were built suggests that there was an unmet demand there.

McWilliams approaches his article from the following standpoint: last Wednesday he had to go into Dublin city centre from Dún Laoghaire and instead of joining the bumper to bumper car traffic, he simply hopped on the DART and plugged in his headphones.

He expressed gratitude for having the good fortune to live along the Dart line, safe in the knowledge that it would get him into the city centre without delay.

“Efficient public transport is an essential ingredient of an enlightened society. Traffic jams, in contrast, are a sign of backwardness,” he says.

And if that wasn’t hard hitting enough, he lands the killer blow three paragraphs later.

“Money is never the impediment to building infrastructure; ambition is.” I’d go one step further and say that it’s also a lack of imagination.

But let’s get back to my pidgin understanding of economics. Here are some facts that we can take as being uncontestable.

His net point is that seeing as we’re going to build all this infrastructure anyway, and paying for it is manageable, why don’t we do it now rather than retrofitting it in years to come when we’re forced into it.

It’s hard to argue with that, especially seeing as he thinks cycling lanes are part of the solution.