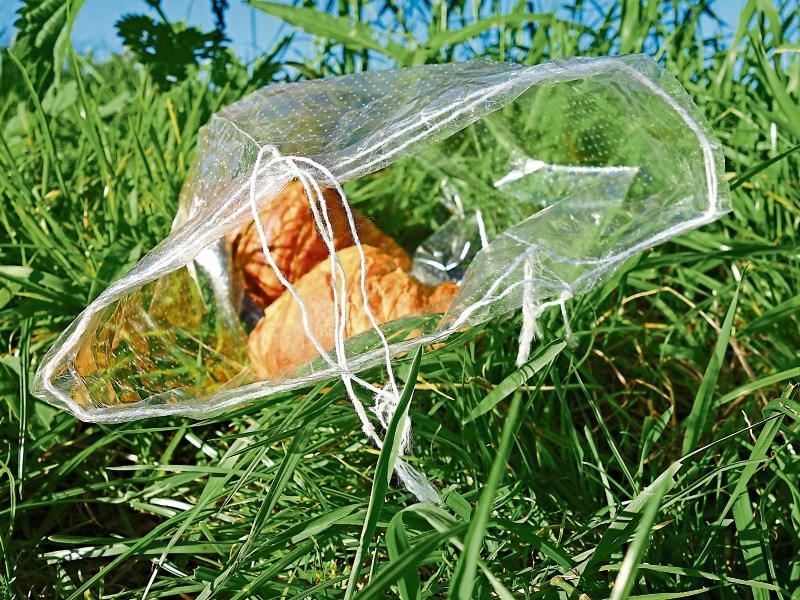 The Parents Association in our school runs a weekly post office saving scheme where the kids bring in money on a Friday and it is deposited in their accounts for them. It’s a great idea and a great way to get kids used to saving.

Last Friday, just as we all went out the door for school, I handed Aidan and Sarah a five euro note each for their accounts. Except I didn’t just hand it to them. I took the money out of my wallet and then popped the notes into two small plastic food bags that I keep in the kitchen. It’s something I have been doing since Aidan started school last year.

There was absolutely no need for the little bags. I put the money into them out of pure habit. And when I stood back and thought about it, I asked myself what the hell I was doing.

The kids never questioned the plastic bags because that’s just what they were used to — but I’m an adult, I should have been questioning it for a long time ago. I should be setting an example for Aidan and Sarah.

Suffice to say, I took the notes out of the bags and told them to put them in their pencil cases. The money didn’t get lost; indeed it still made its way to the PA collectors and into their accounts.

If I’m totally honest, I’ve never really thought much about climate change, pollution and the like. I recycle waste at home, but that’s the height of it. Perhaps it’s the recent media coverage of Greta Thunberg that has got me thinking about change and showing the children change.

So one evening last week, I sat down with the kids and explained how bad plastic was for our oceans, animals and wildlife.

Being an animal lover, this really got into Sarah’s head, which is great. She asked what else was bad for the planet and thereafter demanded that I never wrap her sandwiches in tin foil or cling film ever again.

I also explained to them that we have to reduce our waste at home. We’ve set ourselves a target that over the next while we are only going to have our general waste bin half full when it goes out for collection. Currently it is packed to the gills when it is collected every second week.

A new game for kids

This new awareness has been great for Aidan and Sarah. They almost treat it like a game, which I know it’s not, but when you’re six and four the more things you can turn into a game, the better!

Being older, Aidan has a bit more cop on than his little sister and he has been going around the house looking for ways to reduce our waste. The other day he announced that he is banning me from buying any more baby wipes or antibacterial wipes. He insists from here on out we can just use a cloth to wipe the table and countertops, while he can use a facecloth if his face or hands are dirty. Fair play to him, and I’ve implemented his ban!

In our last home we had a brown composting bin, but that service isn’t supplied where we are living now. It turns out Aidan remembers the brown bin, and enquired as to why we don’t have one now. “Let's make muck like nanny does,” he announced.

He has no clue what compost does, but he always watches carefully as his nanny in Galway puts her food out into a pile in the garden. She told him it’s good for the earth and it feeds plants, so now we must do the same.

A composter it is, and Aidan is very excited to make compost for all the neighbours!

Every Saturday I, along with others, make tea, coffee and juice for the kids and adults at juvenile football training. We were using single use plastic cups for the kids, and the rubbish was getting a bit out of hand.

For a small sum, we made a change. We stocked up on reusable cups for the kids from IKEA. Now if the adults could just bring their own coffee cups we would be in much better shape!

I’m also going to try my best to use less chemicals around the house.

I’m told with vinegar, baking soda and some essential oils, I can clean just about anything.

There are also plenty of eco-friendly brands on the market now too. I’m aware they are more expensive but they will stay that way if they don’t become the norm for everyone.

Plus I’m happy to spend a few more bob if it means helping our planet.

I’m really glad I stopped to think about those little food bags with the fiver in them.

It’s up to me to set an example to my children and it’s never too late to start.

Until next week, folks!