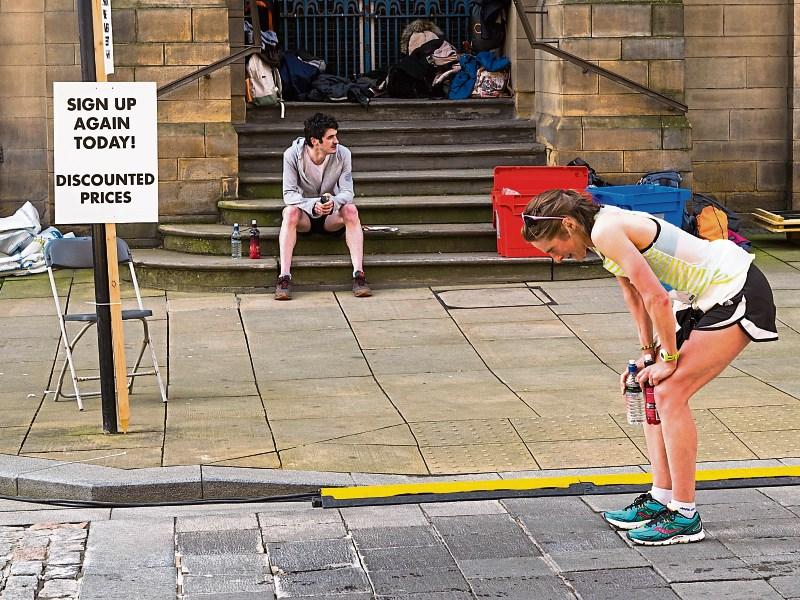 Generation Z is on the move, rebelling against “inevitable extinction”, wearing the latest Nike and Adidas runners whilst documenting everything on the newest iPhone and uploading it to every available social media outlet — “get it up on Insta” — keeping football fields of energy-guzzling database centres buzzing.

And as a celebration after their heartfelt campaign they order a vegan meal using a trendy app because eating meat is “like, OMG, so bad for the environment”.

After finishing and dumping the hoards of plastic that comes with a takeaway, they decide which summer festival they’ll hit and leave a mass of tents and rubbish behind.

The reality is that some of these young environmental crusaders rely on a multitude of extravagances that require resources, production, infrastructure and run on energy that is all nature-altering. They are hypocrites.

George Monbiot possibly put it best when he said “hypocrisy is the gap between your aspirations and your actions”.

So in reality we are all hypocrites, it’s just a matter of what sort and on what scale.

I am a hypocrite and so are you. It’s the foggy mist of hypocrisy that allows us to exist peacefully, the pretence of the difference between what we think we believe and our reality.

Stable marriages are built on it.

We all believe in telling the truth, we are committed to it, but we are rarely strong enough to live up to our own expectations.

Like when we talk about hair. Michelle assures me my “balding” has slowed and I ignore that she spends a fortune on hers every six weeks.

So, it’s time to end the pretence and come clean; running is not the cheap, easy, natural exercise option some would convince you it is.

When you first start running you’ll buy a cheap pair of runners, pop some comfortable tracksuit bottoms on and trot out the door powered by self-discipline and the hope of keeping the belly under control. But it won’t stay that simple.

Soon you won’t be happy with one pair of runners; you’ll want three.

And it won’t stop there — you’ll need a watch that will count steps, has a GPS, measures heart rate all day and monitors your sleep patterns. It’s not cheap.

So off you’ll trot in search of the elusive ‘runners’ high’ that runners have persuaded you exists.

They advise you that “you’ll know when it happens” and “you’ll never forget your first time”.

The reality is half of them are lying and have been faking it.

The final revelation of this hypocrisy cleanse is that you won’t always feel better after a run.

Sometimes it’s shite… and that’s ok. So sometimes hypocrisy isn’t a bad thing because it inspires aspirations that make us try, whether that be to live more environmentally or ethically or run a marathon.

As JFK put it, “every accomplishment starts with the decision to try”.