'People in Carlow will look at us with great envy,' says TD over Kildare Blueway project

'It was a brave decision and the right decision to proceed with the 46km [Blueway]...' 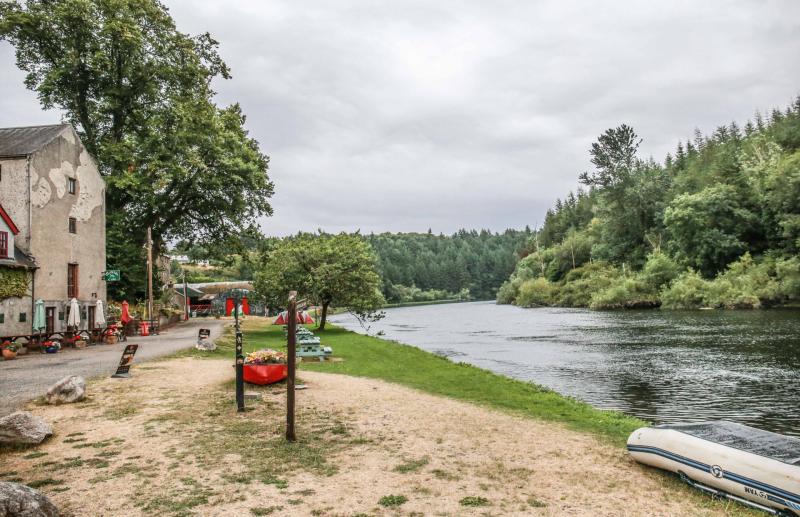 The Barrow Blueway would have stretched to St Mullins in Carlow

A Kildare TD has said that people in Carlow "who objected to [the Barrow Blueway] originally will, in time, look at us with great envy and wish they had this".

Deputy Martin Heydon made the remarks in the Dáil recently in response to the failure of the proposed Barrow Blueway which would have stretched to 115km across three counties.

He was commenting on Waterways Ireland's decision to move forward with plans to develop the Barrow Canal towpath as a 46km Blueway from Lowtown to Horse Bridge in Athy.

The Barrow Blueway was a planned upgrade to provide a "multi-use shared leisure route" connecting Lowtown in Kildare to St Mullins in Carlow, a distance of 115 km of off-road, flat, accessible, public space across Kildare, Laois and Carlow.

Carlow County Council refused planning permission for the project in February 2018 but the decision was appealed to An Bórd Pleanala by the Save the Barrow Line group, by Waterways Ireland and by others.

In April an order was made by An Bórd Pleanala which refused permission for the route.

Waterways Ireland recently agreed to proceed with developing the Blueway along the Grand Canal through south Kildare.

"It was a brave decision and the right decision to proceed with the 46km for which we now have planning permission," Deputy Heydon said in the Dáil.

He added: "The people in Carlow who objected to this originally will, in time, look at us with great envy and wish they had this. I hope that in time the challenges with regard to the full route can be met."

Also speaking on the matter in the Dáil was Minister for Culture, Heritage and the Gaeltacht, Josepha Madigan.

She said: "Kildare County Council in partnership with Laois County Council and Waterways Ireland, with the support of my Department, made an application under the rural regeneration and development fund for funding for this development and the outcome of that process will be known before the end of the year.

"Waterways Ireland has undertaken an economic appraisal of the development of the towpath, which concluded ultimately that benefit to the local economy of the development would be €2.5 million per annum from tourism and recreational spend, with a payback period of less than five years.

"The project to enhance the Barrow towpath will create approximately 90 jobs during the construction phase and create an estimated 130 direct and indirect jobs in the tourism, recreational and hospitality sectors in the area.

"The Blueway will link and connect many communities along the 46 km route."

She added: "In developing the Blueway it is hoped to engage effectively with those local communities and thus provide a sense of civic pride in areas that might otherwise by overlooked by visitors.

"Waterways Ireland has considerable experience in developing Blueways throughout the inland navigations, including the Shannon navigation in 2014, which attracts more than 100,000 visitors to the region, and generates an estimated €4m per annum for the local economy.

"Waterways Ireland will actively work with other bodies in the region to progress the development of the initiative in Kildare and Laois.

"It will provide assistance to the local authorities in sourcing appropriate funding for the project and will be centrally involved in the construction phase if funding is obtained.

"It is this strong partnership approach among public sector bodies and the private, community and voluntary sectors that will ensure that ultimately the Barrow Blueway will be developed, promoted and maintained for the benefit of the entire Barrow community.

"To provide background on the development of previous Blueways by Waterways Ireland, the Shannon Blueway attracts more than 100,000 visitors to the region and generates an estimated €4 million every year.

"Thanks to the collaborative approach by Waterways Ireland and Kildare and Laois local authorities, and the support of the local community, an opportunity has finally arisen for the development of the Barrow Blueway.

"The Blueway should be an experience and perhaps the word does not fully capture what is on offer in such a project. It is about much more than the water and water-based pursuits.

"It offers opportunities for walkers and cyclists on the adjacent paths, connecting communities and enhancing the tourism potential of an area by showing off some of its incredible natural amenities.

"It is also about preserving and protecting an artificial ecosystem with diverse species and an important water supply.

"It is, and will be, a hook, and this was discussed at length at the meeting, to get people to stay an extra night in the area.

"Ultimately, this is what it is all about so that people will stay over and invest in the local economy. To be realistic, this is a three-year project and, as with all projects, a funding package needs to be put together."