KILDARE PARENTING COLUMN: I took 22 U7 kids to the All-Ireland, and lived to tell the tale 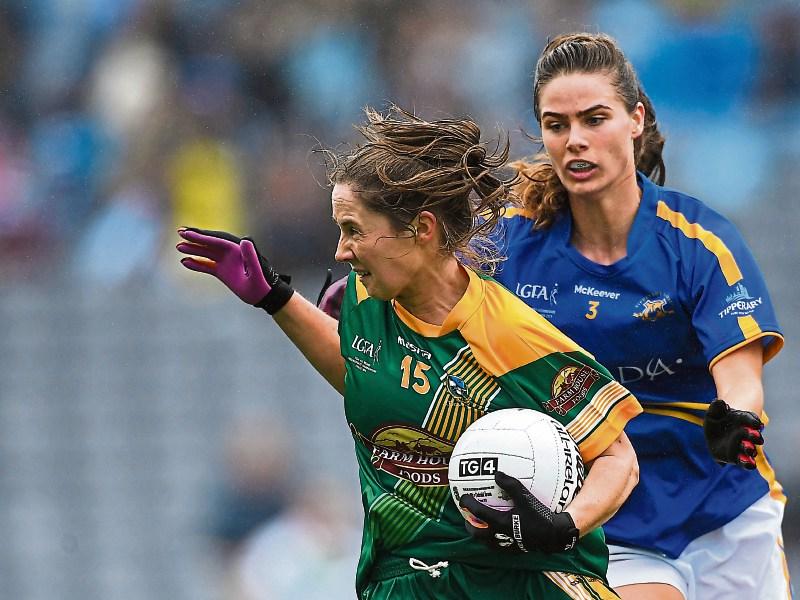 I don’t know what came over me but one night recently I was sitting on the sofa and I had the bright idea to take a group of Under U7 kids on a bus to the Ladies All-Ireland Football Finals in Croke Park.

Meath, now our home county since moving up from Kildare last year, were due to take on Tipperary in the TG4 All-Ireland Intermediate Championship final, ahead of the senior clash between Dublin and Galway last Sunday, September 15.

Aidan plays with the U7 group at our local club and suffice to say they are quite the lively bunch. Sure what else would you expect at the age!

I mentioned my bright idea to the head coach of the U7s and he as good as laughed at me. It was very clear that there wasn’t a cat’s chance in hell he was organising such a trip!

He did, however, give me the go-ahead to organise it if I wished. I should have used his reaction as a guide and perhaps not taken on the task, but I do like a bit of punishment!

So I put the feelers out with the parents of the U7 kids. Some jumped at the chance and some jumped in and said no way straight away. Perhaps they didn’t trust me to look after their wee ones in the capital for the day, and who would blame them!

In the end, 22 of 30 U7 kids were on for the trip. Some parents saw it as an opportunity to offload one of their kids for the day and I totally didn’t blame them. I missed a trick there, but there would have been no trip if it wasn’t for me!

In fairness, we had a total of 12 adults with us in the end. The U7s are quite a young group to take on a trip. The youngest group from the club to go away on a trip before that was the U9s, who went to the Leinster Senior Football Final back in June.

Before we went anywhere tickets had to be ordered and a bus had to be booked. Getting parents to actually confirm if their child was going was the tricky part. My messages to a lot of them were just ignored. And then when I finally did sort out the numbers and ordered the tickets, of course a load of parents came out of the woodwork then looking to send their children. I then had to get on to the LGFA looking for more tickets and beg them to issue tickets beside the ones they had previously issued.

It would be minus craic if there was a gang of seven years olds sitting alone in the Cusack Stand — could you imagine the mischief they would get up to!

A few nights before we were set to go, I had a dream that we lost one of the boys and weren’t able to find him. I dreamed about coming home to his mother without him and seeing her so distraught.

The following morning, after the school drop, I fled in to town and picked up arm bands so I could put my number on each child for fear of losing one. It made me feel slightly better.

On Sunday morning when it was time to leave, two parents, who I didn’t know were coming, turned up on the bus. It was my error but I was too proud to admit it.

In a frenzy I went on to the LGFA website and thank God there were tickets left in the same part of the Cusack Stand as we were sitting. Phew, nobody found out that I messed up!

I expected the bus journey to be extremely boisterous but I’ve been on worse! Apart from chants of ‘boo Dublin’ they all behaved themselves and even managed to walk from Mountjoy Square to the Cusack Stand without getting run over!

Inside, the GAA Museum was a massive hit. Now, the kids had zero interest in the history side of things, but the interactive games were a massive highlight.

They all took full advantage of the freebies from sponsors Lidl. Indeed, I think we returned home with literally thousands of those Stickeez vegetable figures!

I’m not convinced that any of the kids had any real interest in watching the game itself, but they all managed to stay in their seats and wave their flags any time we scored.

They didn’t seem at all bothered that we lost either. I’m not sure half of them even knew the final result!

We left straight after our game because we didn’t expect them all to sit through another match at their age and at that point all they had was SuperMacs on their minds.

Nuggets, sausages and burgers galore, they all filled their little bellies before heading back to the bus and home.

The day went super smoothly. Almost too smoothly, so much so I pinched myself after it was over. I was so thrilled. Maybe I should have more faith in kids. They were impeccable. Giddy at times but nothing you wouldn’t expect from kids of this age. Sure I might even bring the U5s to Croker the next time!