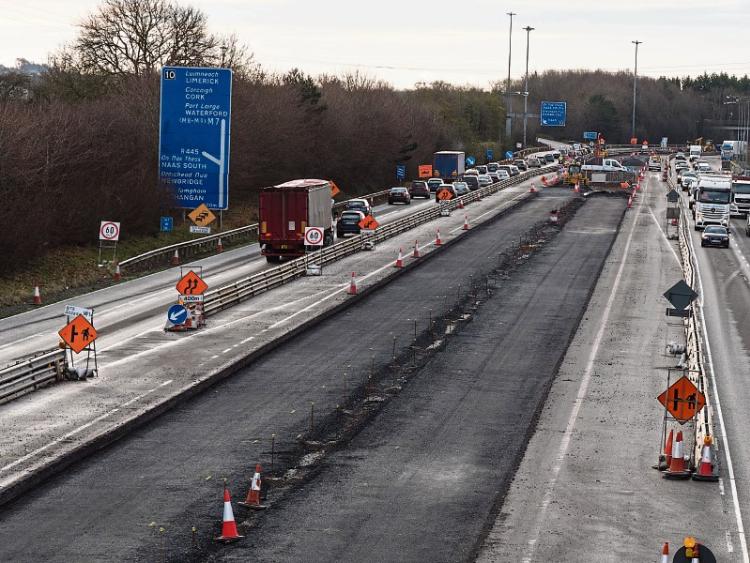 We love a new road opening in Kildare — anything that speeds up our journey, shaves 10 or 20 minutes off our commute — well that has to be a good thing.

Look at the opening of the Kildare town bypass — which was delayed by the discovery of a rare snail on its route’ — and the Monasterevin bypass.

People travelling from Dublin to Cork would shudder at the sight of the signpost with the words Kildare painted on it, and be left in a frazzle by the time they managed to negotiate their way through the heritage town. The €160m M7 bypass, which covers 13.2km, opened in December 2003 and was estimated to remove up to 20,000 vehicles from the town.

The Monasterevin bypass came next. Costing €140 million, this new 17.5km stretch of the M7 welcomed motorists in November 2004.

The latest road project which has captured our attention is the much publicised M7 road widening scheme.

The delays, updates and rotating lane closures were all set to end last week with the opening of three lanes in each direction.

Albeit, there is some remaining work to be completed, the major part of the project has been done.

There are two other elements which have yet to be finished — the M7 Osberstown Interchange and the R407 Sallins Bypass — which are due to be completed by the end of this year.

My colleague, Conor McHugh makes some valid points in his column this week about our need to reduce our carbon footprint and invest more money in public transport.

He believes that the more roads you build, the more people will use them and the expanded routes will end up getting as backed up in the long run, leaving the planners and engineers back at square one.

However, it’s a more complex issue. Kildare’s population has exploded with 222,504 citizens recorded in the 2016 census. The M7 is also the main artery for people commuting from beyond Kildare to Dublin. So it’s inevitable that usage of the M7/N7 has increased. The lack of affordable housing has driven Dublin natives to commuter counties. If they had been able to source homes closer to their jobs, they wouldn’t need to commute.

Pressure and tailbacks led to the need for the road to be widened in the first place. It will get more usage because the population will continue to grow. That’s inevitable. Increased investment is most definitely needed in rail services, however, you can’t just ignore the road network. Train services from Kildare to Dublin at peak times are often crammed. Readers constantly contact us and send in pictures of packed carriages.

Why is there such a need for people to commute to Dublin in the first place? That’s were the bulk of the jobs are. We need more support for local industry and businesses so people can get work closer to home and avoid the commute.

Better broadband is also required to allow employees to work from home.