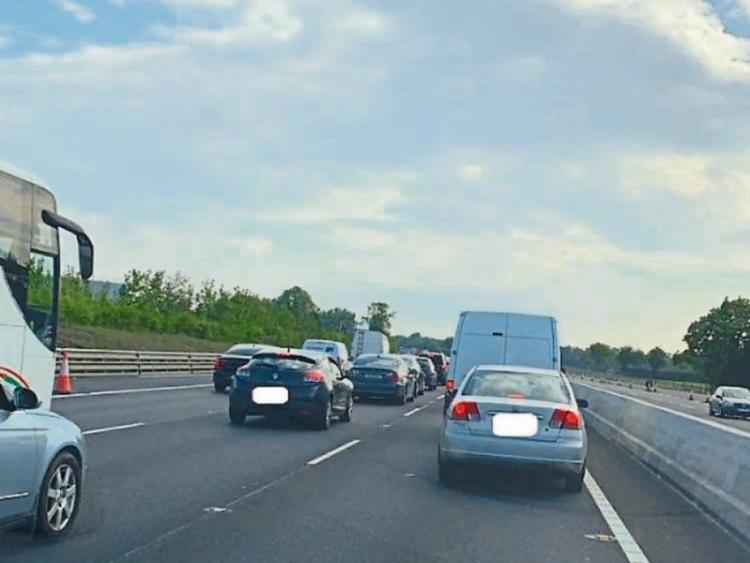 I’m a great believer in the notion that push and pull factors, give and take and carrot and stick are what makes the world go around.

And with that in mind we face the great change that our society must make in order to de-carbonise ourselves. It is, for instance, possible to change the public’s behaviour to a more environmentally friendly way of life, using both carrot and stick.

All of this swirls around my head as I consider the enormous amount of money wasted in widening a Kildare road and motorway, the N7/M7, so that car drivers won’t be inconvenienced.

Just to remind you, it cost €120 million, and now that it is widened, motorists will perceive that the capacity of the road is increased, and therefore more people will choose to use it, thus cancelling out the benefit of having made it wider in the first place.

It would only have worked if the number of drivers didn’t change.

Read also: KILDARE OPINION: Some light at the end of the tunnel for motorway commuters

I expect that without significant and credible change, in five years the M7 will once again be choked up — at which point some jackass will suggest spending another €120 million to add a fourth lane.

( I should add that the Sallins bypass, being built at the same time, is a good idea. There are considerable health, safely and quality of life issues associated with the amount of traffic going through that village every day).

On the other hand, if we had left the M7 slow and congested it could have driven people onto public transport, where the €120 million would have done a lot more good.

But instead we spent a fortune on infrastructure to cater for the least efficient form of transport.

I was recently surprised to learn of the sheer number of financial incentives available to get people to change over to electric cars from their current diesel or petrol vehicles.

As well as a grant of thousands to buy it, vastly reduced tax and toll fees, these cars also particularly cheap to run and maintain.

‘Fueling’ an electric car costs buttons compared to your average petrol or diesel car — about €2.50 to charge it for 300 kms rather than €40 or €50 in diesel or petrol.

Lo and behold, it’s working. Electric cars are flying off the forecourts in Kildare.

Yes, it’s important that we encourage and incentivise people to get out of their petrol and diesel cars.

But what’s perhaps more important is where they go after they’ve done so. It would surely be better that they got onto public transport, or on a bicycle, than perpetuating the myth that we can accomodate all cars.

Getting everybody to change from a diesel car to an electric car will only result in quieter and less polluting traffic jams.

We clearly have the money to spend on large infrastructure projects, so let’s spend it on ones that actually make a difference.

I’m left to wonder why certain measures are prioritised over others, and why, in particular, the least efficient measures are consistently chosen over more efficient ones?

Why not widen rail network?

What is the push and pull that makes us widen roads rather than expanding our rail network, or cycling infrastructure?

Of course, it’s political. Voters don’t like being told that congestion is actually good because it drives us onto buses and trains.

And our current government isn’t brave enough to say it.