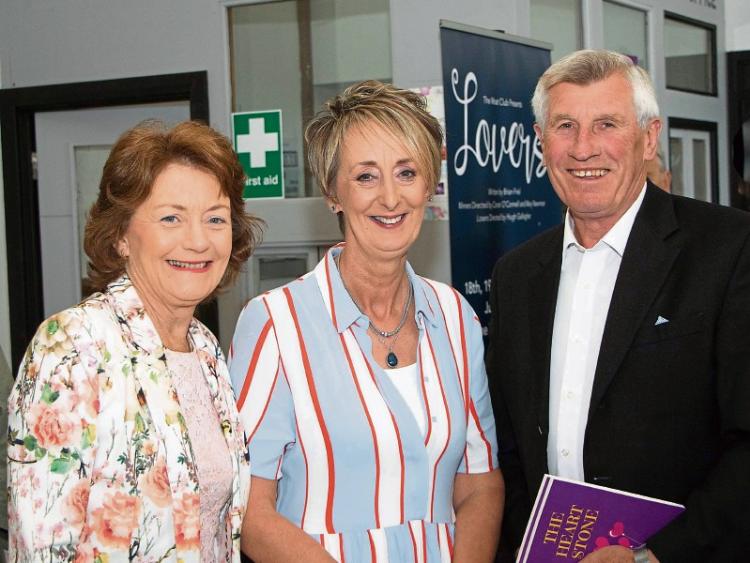 Helen O'Leary (centre) with Marie and Joe Flynn at the launch

Teacher Helen, who won the Newbridge June Fest short story competition two years ago, has written a tender and moving debut called The Heart Stone. Proceeds from the self-published novel are going to the Kildare Suicide Bereavement Support Group.

The book is the story of Danielle, an 11-year-old girl, who is grieving the loss of her adored but largely absent father. In The Heart Stone, a tale of complex grief, the reader is with her as she struggles and ultimately thrives with the support of her family, friends, teacher and counselor, and not least her pet kitten Princess.

Told from a child’s point of view, The Heart Stone gives a unique insight into the stages of a child’s grief which often unnoticed by the adults in her world. It highlights the importance of truth, of expression of feelings and shines a light on the process of grief therapy.

According to Helen, “It deals with real issues including loss of a loved one by suicide. I was encouraged to continue writing about such issues after my success with some short stories written around similar themes.”

Helen has worked with children for many years in a variety of settings, both as a primary school teacher in Newbridge, and counsellor but, according to the writer, the book is a work of fiction and not based on any real persons.”

A garda speaks to the driver

Driver stopped near Naas for dangerous driving during Covid-19 restrictions

The car stopped in Newbridge