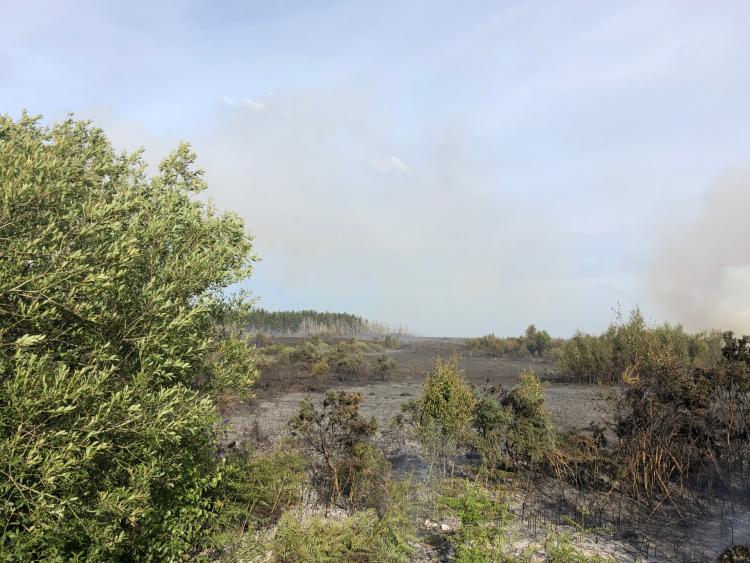 Extent of damage seen on bogland

Kildare Fire Service says a fire that raged across bogland near Prosperous over the past few days is now under control.

But Chief Fire Officer Celina Barrett cautions that "with bog fires, you just never know". She said that another blast of warm weather could start it again.

The blaze began, say locals, on Wednesday evening at an area known variously as Ballinfagh or Coolree Bog, although the fire service was not called out until 9.30 am on Thursday morning.

Crews from Naas, Newbridge and Maynooth fought the blaze which scorched dozens of acres of bogland and threatened nearby forestry.

Nearby homes were not in danger. 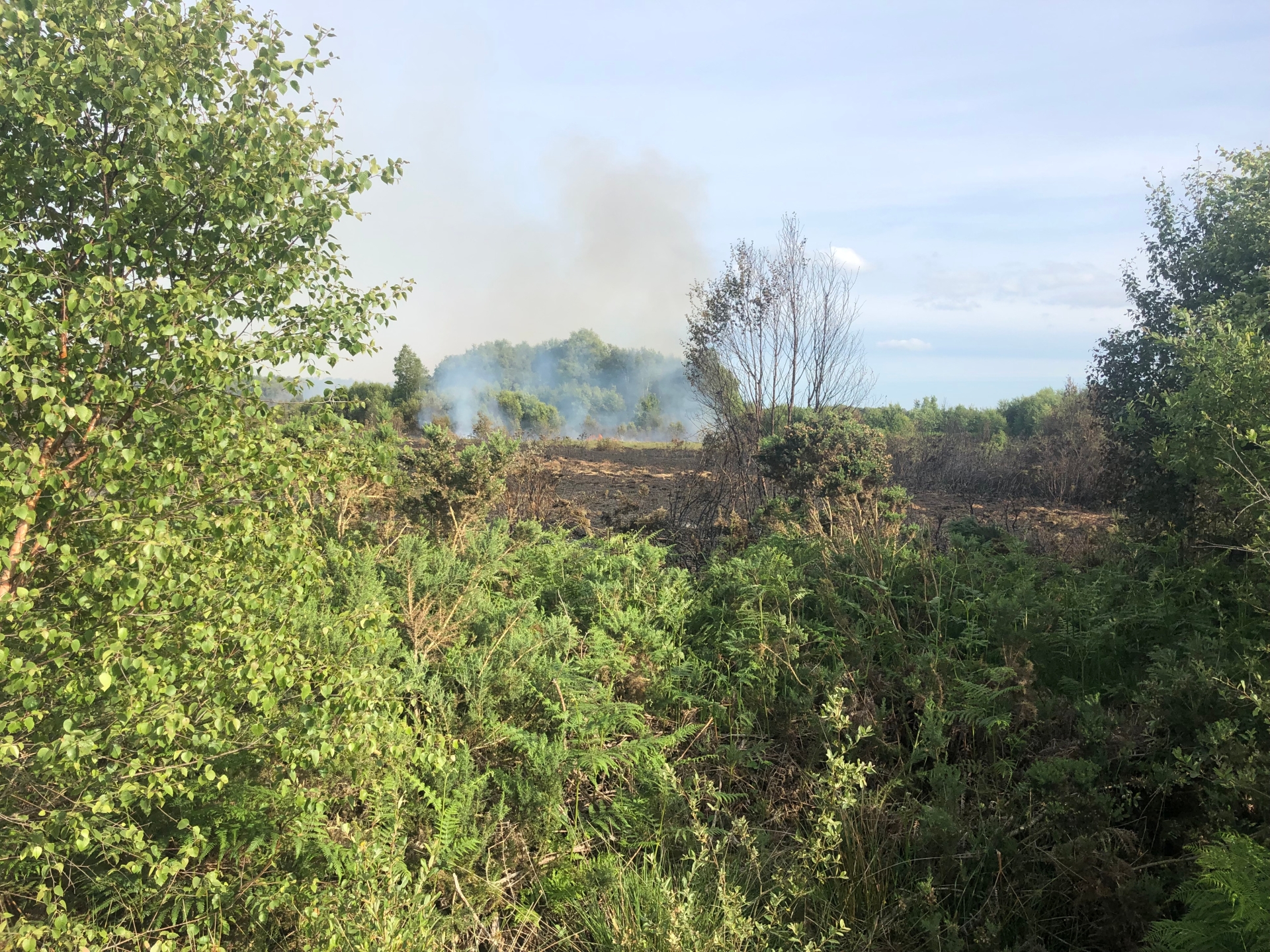 Matters were complicated by a change of direction in the wind, from south westerly to westerly, which blew smoke towards the village of Prosperous.

The bog is situated north of the road between Blackwood Cross (Dag Welds) and Prosperous, with access by road quite limited to a minor road near Dag Welds cross. Fire crews had to bring in their own water.

It is not, as yet, known what started the fire.