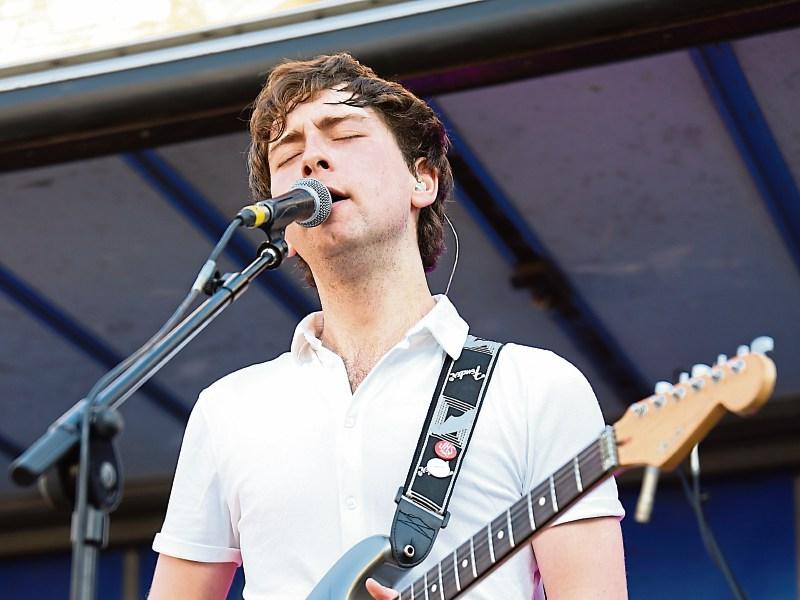 A member of the band, The Years, taking part in Athy Music Festival on Sunday. PICTURE: Pat O'Rourke

Made of Athy, the project that celebrates the links between people from the music industry and Athy unveiled another plaque on Sunday, in honour of all the original bands of the town.

It was one of three plaques unveiled.

In particular musicians Ted Ward and Willie Langton were remembered during the unveiling.

Another plaque was unveiled to Thomas Kelly who lived from 1769 to 1855 and was a well known hymn composer.

At the age of 23 he abandoned his study of the law to become a clergy man in the Church of Ireland.

However he fell foul of the church authorities for his evangelical preaching and at the age of 33 began writing hymns.

A third plaque was erected to the Fife and Drum tradition of the town, where local neighbourhoods in the town had their own bands.

In particular the Leinster Street Band who changed their name to the Band of the Irish Volunteers (in recognition of the Home Rule Act of 1913), were commemorated.

A picture exists of that band heading to the funeral of O'Donovan Rossa.

The army band played in the town to mark the occasion.

The weekend also saw a music festival take place in the town with numerous bands, local and otherwise, taking part.

Made of Athy has seen plaques unveiled to such diverse names as Johnny Marr of the Smiths, Planxty's Liam Óg O'Flynn and Neil Hannon of Divine Comedy.