The wins and losses 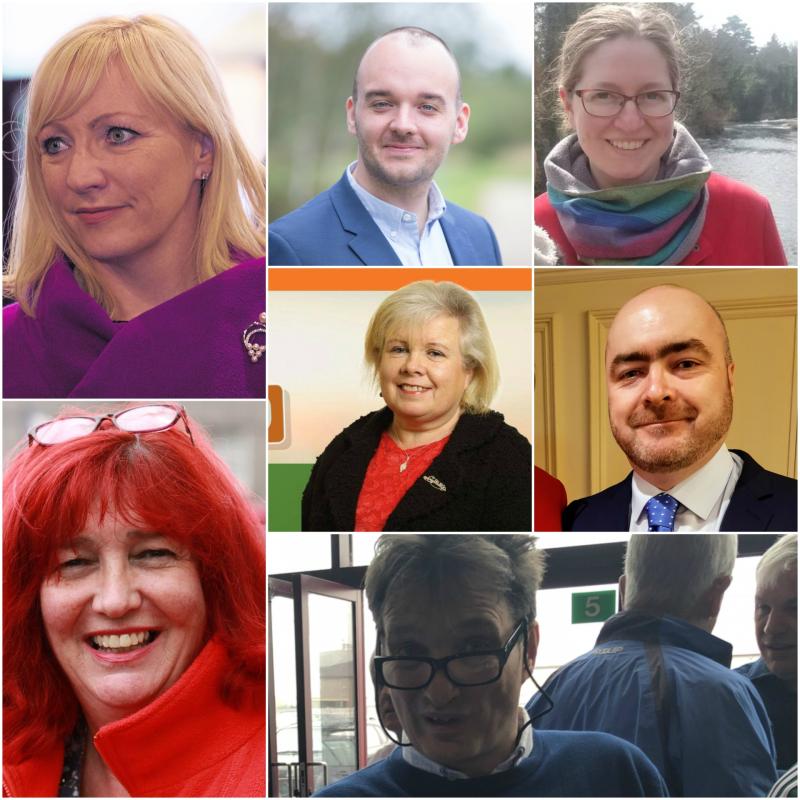 Fianna Fáil return to the next council with the one more councillor than they had when they left.

But the party picked up several new councillors in the form of Noel Heavey, Veralouise Behan and Anne Connolly.

Fianna Fáil has long been regarded as the most sophisticated party when it comes to turning votes into seats, more often than  not running one candidate more than they hope to get elected so as to soak up votes that can be transferred in the latter stages of a count to get party colleagues over the finish line. Fianna Fáil has a gender split of eight men to four women or 2:1 although in terms of the newly elected members, that ratio is reversed, a sign perhaps of things to come!

Fine Gael increased its representation by two in this election, compared to the 2014 election.

Arguably the party’s performance is even better than that because with the loss of Fiona McLoughlin Healy in 2018 (who ran as an Independent in this election), the party has managed to increase its representation to 11 from eight.

Of their eight councillors going into the election, Billy Hillis decided not to run again.

Incidentally, several of them were from areas that didn’t have a councillor for many years.

The three newly elected female members are the only women councillors in the party.

The Labour party had a good election in the sense that it held the same number of seats and demostrated an ability to replace retiring councillors with new members.

As is the case around the country, and unlike in some other political parties,  Labour's electoral strength is based around personalities rather thant party policies.

So it must surely be heartening for the party that the retirement of John McGinley of Maynooth and Kevin Byrne of Celbridge did not lead to a reduction in two.

Angela Feeney and Ciara Galvin were elected to replace the pair of retirees.

Ms Galvin in particular had to scramble to get her campaign together after  the suddent withdrawal, for health reasons, of Kevin Byrne, only days before the closing date of nominations and with the local party organisation already committed and ready to campaign for Mr Byrne. She dubbed it “the couch to council in six weeks”.

Another somewhat unusual aspect of the party that with Ms Gavin, Ms Feeney, Cllr Anne Breen and Cllr Aoife Breslin, the lone male Cllr Mark Wall is somewhat outnumbered four to one.

It’s easy miss or forget, in all the hullabaloo of the electoral success of the Green Party and the poll topping of Vincent P Martin that the Social Democrats actually did better than their fellow environmentalists.

Perhaps it’s because the Greens came from nowhere, relatively speaking, whereas all of the Social Democrats had a profile as activists in their own communities long before they even decided to run for the party.

Neither Bill Clear, Aidan Farrelly, Nuala Killeen or Chris Pender were first past the post and all had to endure slightly nervous moments but when it came down to it they were comfortably elected.

The party received 6.7% of the first preference votes while the Greens for 7.2%, but of course the Social Democrats made better use of what they got.

A quick poll of two of the party members, Bill Clear and Aidan Farrelly last week revealed a determination to get stuck in to practical initiatives to improve the quality of life for their communities,like sustainable transport infrastructure to allow kids to cycle walk to school, playgrounds in Prosperous and a parrallel planning process for social infrastructure.

The Green Party got 7.2% of the votes and were the story of the early hours of the count on Saturday, May 25.

Vincent P Martin, who campaigned on doorsteps for past two years surged into a commanding lead with 1,472 first preference, leaving him needing only a small handful to get past the quota in the Naas LEA.

Vanessa Liston in the Celbridge LEA was comfortably elected  in third position with 814 votes. And Peter Hamilton was elected last in the Maynooth LEA.

Meanwhile another candidate, Eoin Hamilton from Dondadea was eliminated only in the last count, which bodes well for the party.

Tellingly the vast majority of his transfers went to Aidan Farrelly of the Social Democrats, highlighting the general belief among voters that community-based sustainable and environmental solutions are required in their areas.

At the time of the election on May 25, Kildare County Council had 11 Independent councillors, but some 72 hours later it had four.

The four who held onto their seats are Padraig McEvoy, Fiona Mc Loughlin Healy, Ide Cussen and Seamie Moore.

Arguably the large number of Independents at the last election was in line with the vote that also carried five Sinn Féin councillors into the chamber at the last election. Although, also arguably it’s possible that several, including especially Anthony Larkin and Teresa Murray who are both universally liked, may have suffered from the perception that their seats were safe.

Brendan Young only lost to Ciara Galvin by nine votes, after a recount.

Between the surge in 2014 to election 2019, the fortunes of Sinn Féin, the oldest continuous party in the State, changed considerably and not for the better.

Five county councillors were elected in Kildare in 2014. Two left the party since then (Íde Cussen and Sorcha O’Neil) and one, Mark Lynch, announced he would not seek re-election. The two remaining candidates, Thomas Redmond and Reada Cronin did not get re-elected.

The party did claw back one seat, with Patricia Ryan getting a seat in the Kildare area. She is a former candidate for the general election.

Post mortems on the party’s performance will inevitably come to see the two results as snapshots of where the country sees itself now and back then.

Arguably 2014 saw an angry electorate and it was the protest vote that got Sinn Fein elected.

For 2019, candidates noted a lack of anger on the doorsteps, with people more engaged in the future of the county, and hence the voters turned to parties with clear plans for the future.