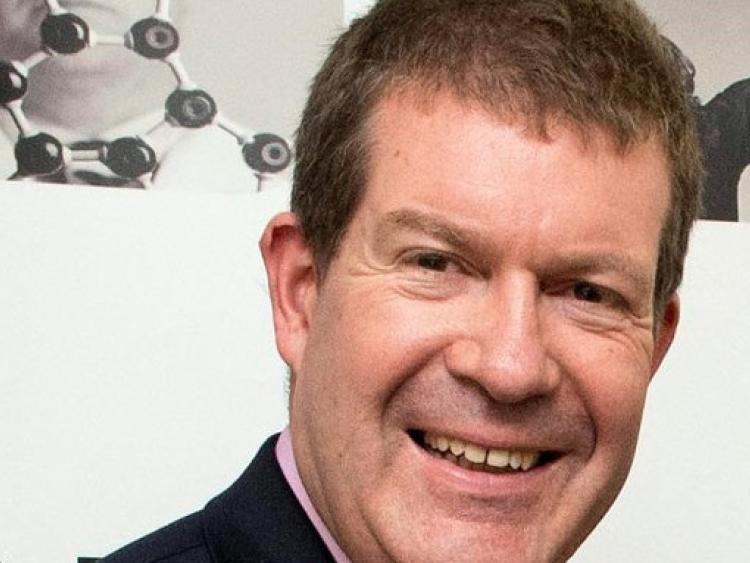 A Kildare man is playing his part in raising awareness about Haemochromatosis and the launch of the new blood donation campaign.

Manning the information stand at the Whitewater Shopping Centre in Newbridge today, people can drop by and chat to Michael Hallissey and the other volunteers to get any information they require about the condition.

Haemochromatosis, often known as the Celtic disease, is a genetic disorder, particularly found in Irish people and often undiagnosed, that means too much iron is present in a persons’ blood.

Symptoms include chronic fatigue, joint pain, liver damage and organ failure if untreated. Treatment is simple and effective, involving the removal of blood and is similar to blood donation.

Michael recalls how he played a lot of sports and led a normal life throughout his twenties but he was constantly tired.

"When I was in my early forties, my father was diagnosed with Haemochromatosis. He said to me, actually it was at my sister's wedding when he said to me, 'I think you have the same thing as well'. I went off and got a blood test in Clane and that was it," he said.

The Clane resident explained how he works near St James Hospital so he was able to go in and give his blood for free. He said throughout the years, when he explained how tired he was, it was recommended that he take iron.

He said he was relieved to get the diagnosis.

"I thought I was going mad. I had pains in my knuckles, I thought that was arthritis, but it wasn't," he added.

Since his treatment began, Michael has noticed a huge improvement in his quality of life.

The Irish Haemochromatosis Association (IHH) and the Irish Blood Transfusion Service (IBTS) have worked closely together in making it possible for people with Haemochromatosis (HH) to attend blood donation clinics nationwide to have their condition
treated.

Details of the service were announced yesterday at the launch of National Haemochromatosis Day.

Until now, treatment was carried out at hospitals and GP practices, and the blood was discarded. Now, many HH patients will be able to attend any blood donation clinics throughout the country and their blood will be collected and used as part of the national blood supply.

Stephen Cousins, IBTS National Donor Services Manager says “IBTS is now offering HH patients the opportunity to become blood donors at any one of our clinics throughout the country. For these patients, it is a chance to save a life. They can check out the specific HH and blood donation criteria at www.giveblood.ie .”

The IHA is encouraging people who are suffering from symptoms such as chronic fatigue, joint pain, diabetes, irregular heartbeat, enlarged liver and loss of sex drive to consult their GP.

As many as 1 in 83 Irish people are predisposed to iron overload while 1 in 5 are carriers of the gene. A simple blood test to check your iron status can confirm or rule out iron overload. Once diagnosed, treatment is simple with regular removal of blood.

Professor Suzanne Norris, Consultant in Hepatology and Gastroenterology at St James’s Hospital said that Ill -health from Haemochromatosis and the development of serious complications such as cirrhosis can be prevented by simple treatment.

“Life expectancy in treated non-cirrhotic patients is normal. Early diagnosis is therefore critical and Haemochromatosis is an ideal condition to consider for population screening in Ireland.”

If you have any concerns about the condition please call the IHA support group on 01- 8735911. To check HH and Blood donation eligibility and clinic details visit www.giveblood.ie or call 1850 731 137. The Whitewater stand will be in operation until 4pm today.