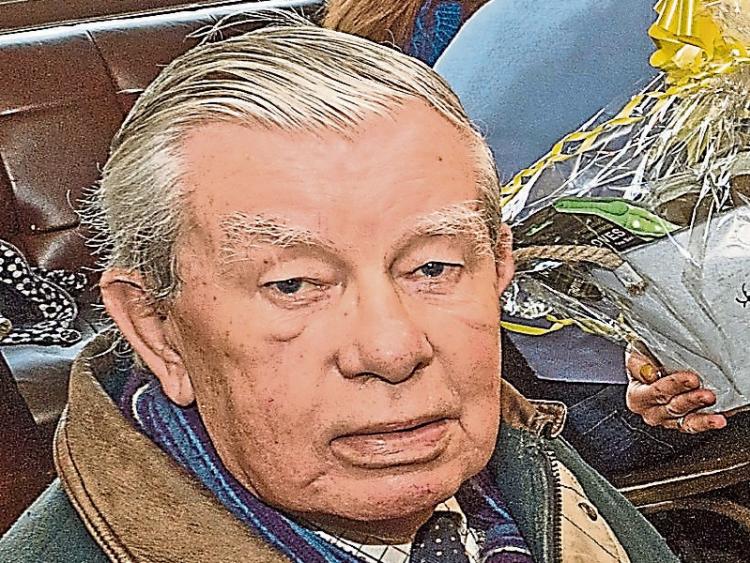 Former Kildare TD and Fine Gael leader Alan Dukes remembers the late Michael McWey of Kildare town, who passed away on May 24.

Michael McWey was a towering figure in the political, economic, civic and social life of County Kildare.

His diverse range of activities as a publican, an auctioneer, a furniture dealer and a county councillor, and his sporting involvement with the GAA and golf, brought him into contact with every aspect of life in the county. He brought a sharp mind, a deep understanding and great personal warmth to the insights that these involvements gave him.

He brought these insights to bear on his work as a county councillor over an uninterrupted period of 40 four years, from 1955 to 1999. During that time, he developed a close relationship with the people of his Kildare electoral area. He knew the people, their families, their needs and their ambitions. They, in turn, recognised his commitment to their welfare and to the development of their community. He was highly respected, even by people who would never vote for him.

His fellow county councillors and the county council officials had a very high regard for his wisdom and judgment. In the council chamber, he was measured and constructive, with a keen eye for development strategy. One of his greatest satisfactions was the location of the Intel plant in Leixlip and he was generous in his praise of the then county manager, Gerry Ward, and of his role in getting the county council and the IDA working purposefully together to secure the project.

Michael was centrally involved in inviting me to seek a nomination in Kildare for the 1981 General Election. Once I was selected, he put his heart and soul into the election campaign. Canvassing with Michael was a revelation. He was known and respected at every door and he was a constant source of advice and encouragement.

Michael remained active after his retirement from the council and was an active advocate of development initiatives, including the establishment of Kildare Village.

He will be greatly missed by all who worked and socialised with him.

We extend our heartfelt sympathies to Terry and to Michael’s family, together with our thanks for sharing with us a wise, warm, inspiring and engaging friend and counsellor.