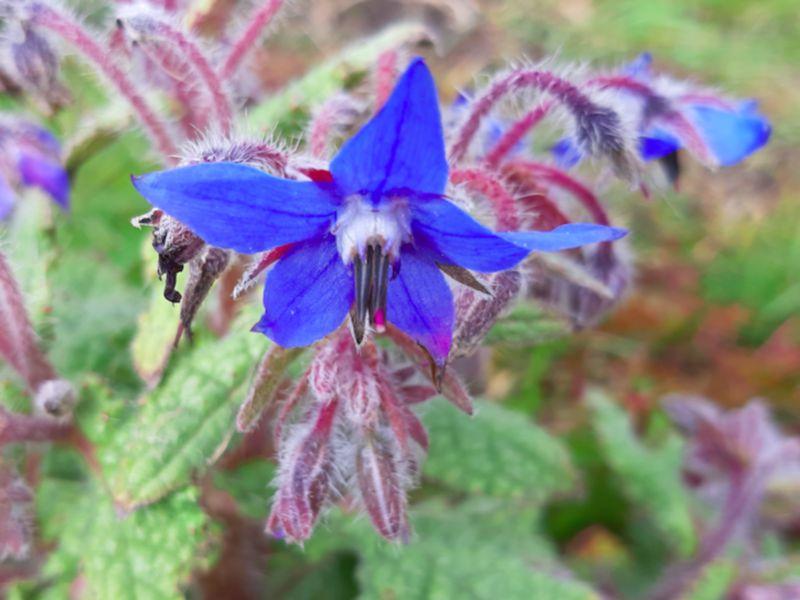 You may be familiar with the term ‘invasive species’, which refers to a species of plant or animal that is not native to a specific location. It is one that has been introduced and has a tendency to spread to a degree believed to cause damage to the environment, human economy or human health.

Some examples of such species include Japanese knotweed, giant hogweed, grey squirrels, Asian clams and New Zealand pigmy weed. Not all species that are not native to a location are considered invasive, as some are considered naturalised.

These are non-native species that have spread into the wild, often from gardens, and have become established, but do not pose the same threat or cause damage that an invasive species would.

This weeks wildlife species is an example of one such naturalised species, borage (barraiste gorm as Gaeilge).

I recently photographed this plant, a native Mediterranean and popular garden plant, on undisturbed ground close to grassland in Kinsale, Co Cork.

Its bright blue, five-petalled star-shaped flowers grabbed my attention. The flowers are located on top of red stems that are covered in bristles and these stems have the potential to grow up to 60cm in height.

The bristley leaves are simple, meaning that they are a single leaf rather than lobed, and are attached to the stem in an alternate pattern, that is they are arranged opposite one another along the stem. Borage is considered a herb and was once used for medicinal purposes, while the flowers are still used by some today in desserts due to their sweet honey taste.

In gardening it is a popular companion plant, planted alongside legumes, tomatoes and brassicas. The scent of Borage can mask the scent of these crops and help to protect them from pests. I have not found borage locally, but maybe you have come across this naturalised species alongside the roadside verge or in a local park.