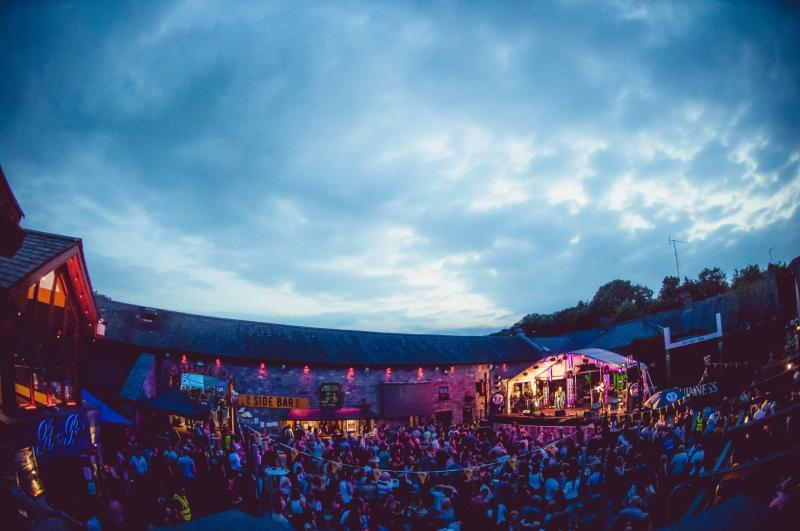 Wild Youth, Hermitage Green and The Riptide Movement are among an exciting line-up of headline acts announced for Leixlip Festival this June Bank Holiday Weekend.

New to Leixlip Festival this year, having sold-out their first Irish tour, including a headline at The Olympia, Wild Youth open the festival on the ‘Rock the Yard’ main stage on Friday, May 31.

The Irish four piece is enjoying a breakthrough year with their hit single ‘Can't Move On’, following earlier chart-toppers ‘All or Nothing’ and ‘Lose Control’. Their melodic brand of pop-rock, full of electronic touches, has seen them support artists such as Niall Horan, The Script, Zara Larsson and Kodaline, playing across Ireland and the UK.

Saturday, June 1 welcomes Hermitage Green back to Leixlip, following a sold-out international tour covering Ireland, the UK, the Middle East, Australia and the US.

The Limerick act boasts a unique arrangement of instruments including the bodhrán, djembe, rhythmic guitar and banjo, delivering a truly original Irish music sound and memorable hits like Quicksand, Not Your Lover, and Save Your Soul.
The band has a new EP of 6 progressive sonic masterpieces, Gold & Rust, made with producer Matt Lawrence, known for his Grammy award-winning work with acts such as Adele, Amy Winehouse and Mumford & Sons.

Local Legends!
Also returning to Leixlip Festival on Sunday June 2, by popular demand, are phenomenal live artists, The Riptide Movement, with their soaring guitar rock that’s drawn comparisons to U2, Kings of Leon, The Clash and Oasis.

The four lifelong friends from Lucan are practically locals, with their huge following all set to descend on this year's Leixlip Festival Sunday night showcase.

The Dublin based modern rock quartet toured extensively last year on the back of critically acclaimed releases ‘All Works Out’, ‘Elephant in the Room’ and ‘Changeling’. Festival goers will enjoy these and more, including the band’s three part web series Plastic Oceans released last November and their latest new EP ll be There released just this month.

Bank Holiday Monday in the Court Yard Hotel just would not be the same without Smash Hits! The unique tribute band to the golden era of 90s dance, pop and R&B will close out the open air festival's weekend line-up with rip-roaring feel-good boogie and the best of classic 90s tracks.

With support acts still to be announced, tickets for the eagerly awaited open air music weekend are now on sale, with Day Tickets at €10 each plus booking fee, and a Weekend Ticket at just €30, offering 4 days for the price of 3.

Over a dozen amazing live music acts, top bands and DJs are appearing, with main stage music action from Friday evening, 31st May, until Monday night’s closing gig with the inimitable Smash Hits, which kicks off at 9.00pm.

Tickets are available on Eventbrite and via the Court Yard Hotel website, and will be sold at the gate each day, subject to availability.