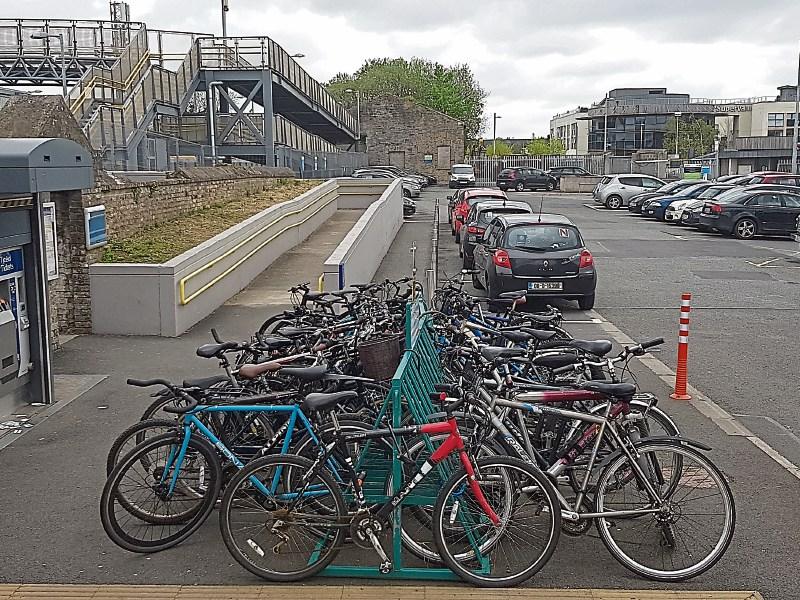 A quick search though the recent archives of this newspaper and our daily online website leinsteleader.ie would quickly reveal great excitement, plans, progress, cheering and hollering about making the car park at Sallins train station bigger.

Read also: KILDARE OPINION: A look into the future of a rapidly-changing county Kildare

But one small post by Naas Neighbourhood Greenway on Facebook last Thursday revealed it all for the foolishness it is.

A little context is required.

A combination of convenience, environmental foresight and a collective pain the backside with driving to and around Dublin city has seen Sallins train station become particularly popular in recent times.

This obviously is a good thing, a recognition by many that the city centre is no place for a car.

Such is the popularity that the car park there has been under pressure. And with an eye to increasing the usage of the service and further decreasing the number of cars going to and into the city centre, the efforts as mentioned above, to increase the size of the car park, have been made.

In March of this year, it was announced an additional 202 new car parking spaces will be provided, bringing the total number to over 400.

Here’s the thing — a good number of the cars that are now parking in Sallins Train Station are people coming from Newbridge and Kildare town because they don’t like the price differential between getting the train from Sallins and getting it from a few miles further in their towns.

The additional car parking spaces is likely to exacerbate/encourage this, because motorists always go for the road (or in this case car park) of greatest perceived capacity.

As an aside, isn’t it interesting to note that the price differential is so considerable that a motorist will bear the cost of driving from Newbridge or Kildare town and pay for parking at the train station and still believe themselves to be better off?

Anyway, back to Naas Neighbourhood Greenway. It featured a photo of a bunch of bicycles, parked at Sallins train station.

They took up approximately one and a half car parking spaces. This was confirmed by the person who posted up the photo, Bill Clear, who I spoke to later on Thursday.

There looked to be spaces for about 40 bikes, which left me with the interesting conclusion that two car parking spaces have the potential to provide up to 50 bike parking spaces.

You can see where this is going, dear reader.

Bill tells me, and I’ve certainly heard it myself, is that anecdotally the public are not keen to leave their bikes at the train station because of the high incidence of robberies.

I have an idea — how’s about instead of providing a few dozen bike racks as a sort of grudging concession to the weirdos who want to cycle to the train station, an actual policy decision was made to provide considerably increased secure bike parking infrastructure both in the station and on the approach roads to it as a way of encouraging cycling to the train station?

We know that cycling to the train is a popular concept as the number of people with fold-up bikes and even electric scooters that you will see travelling into Naas every evening when a train arrives into Sallins will attest.

Other than annoying the vociferous minority (a good enough reason itself) there is no good reason not to do it.