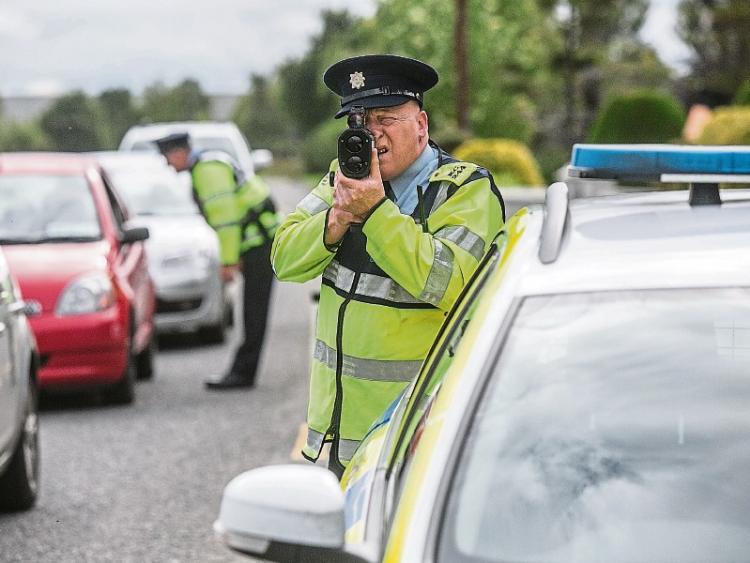 Gardaí and the Road Safety Authority have warned Irish motorist, particularly motorcyclists, to ease off the throttle for the busy May Bank Holiday weekend.

We are entering a 'high-risk summer period for motorcycling' and RSA research has shown that bikers speeding is a factor in half of motorcyclist fatal collisions.

A recent RSA survey of 450 motorcyclists found that 12% have been involved in a road collision in the past two years. To date in 2019 there have been four motorcyclist deaths, three more than the same period in 2018. Parents have been reminded not to put scramblers or quadbikes in the hands of children.

July was found to be the most dangerous month for collisions involving motorcyclists.

Assistant Commissioner David Sheahan, Roads Policing and Major Event Management, An Garda Síochána, said gardaí are calling on motorcyclists to be safe on the roads.

"Unfortunately motorcyclists are disproportionally represented in road fatality statistics. We are calling on all motorcyclists to take necessary steps to make themselves as safe as possible on the roads.

"Wear the appropriate Personal Protective Equipment (PPE) and high visibility clothing to make yourself visible to other road-users. A motorcyclist should also ensure they ride with dipped headlights on, to increase visibility.

"Show restraint and reduce your speed, and never ever ride a motorcycle under the influence of an intoxicant, whether that is alcohol or drugs or a combination of both. We will be out in force this Bank Holiday weekend to play our part in keeping our roads as safe as possible," he said.

Moyagh Murdock is the Chief Executive of the RSA.

"Motorcyclists account for approximately 12% of road deaths on average each year, but motorcycles represent less than 2% of the vehicle fleet in Ireland. That’s a staggering fact.

"Of the motorcyclist drivers killed over the last 5 years, from 2014-2018, the vast majority of these were male riders. The highest risk groups were those aged between 25 and 44 years, followed by those aged 45-54.

"My message to these riders is to ease off the throttle and stick within the speed limits. Ordinary drivers need to be aware of motorcyclists, particularly in their blind spots, when turning, overtaking and at junctions. All road users must share the road safely and give space to others, particularly vulnerable road users – motorcyclists, cyclists and pedestrians," she said.

Shane Ross, Minister for Transport, Tourism and Sport said any mistake on the road can lead to consequences.

"Over the coming months, as the weather turns finer, there will be more motorbikes on our roads. Motorcycle riding is fun and challenging yet it requires very high levels of knowledge, skill, and understanding.

"Any mistake on the road can lead to very serious consequences for all involved. We ask motorcyclists to act responsibly when using the road and thank the majority of bikers that do so. Equally I’m calling on drivers to be on the lookout for motorcyclists," he said.

The RSA and Gardaí are also highlighting the misuse of quad bikes and scramblers on the road and in public spaces such as parks.

These vehicles pose particular dangers to young people; three of the four people who died in Ireland as a result of an incident involving a quad bike or scrambler were aged 18 or under, in the period 2014 to 2017.

Mr Keith Synnott is a consultant at the National Spinal Injuries Unit in the Mater hospital.

"Quad bikes and scramblers are not toys, they are heavy, dangerous pieces of machinery that can cause life-changing injuries or death.

"Riders risk spinal injury following a collision on a quad bike or scrambler. Impacts often happen on areas of uneven ground or as a result of unstable vehicles, especially in the hands of children, leading to people falling and landing awkwardly or the vehicle landing on the rider," he said.

In 2018, there were 15 motorcyclist deaths on Irish roads, just over 60% of which occurred on rural roads with speed limits of 80km/h or higher, including motorways.

The majority of fatal collisions involved males aged between 21 and 56 and six of the collisions were a single vehicle.

To date in 2019, there have been four fatal collisions involving motorcyclists – three more than the same time last year.

Kildare County Council said speeding bikers represent 49% of motorcyclist fatalities while an RSA survey of 450 motorcyclists found that 12% have been involved in a road collision in the past two years.

So far this year, four motorcyclists have died as a result of collisions, three more than the same period last year.

Kildare County Council is joining An Garda Síochána and the RSA in their appeal to motorcyclists to ‘Ease off the throttle’ and keep within the speed limit, ahead of the May bank Holiday weekend, as we enter the high risk summer period for
motorcycling.

Preliminary results from a recent RSA survey of 450 motorcyclists, found that 12% of participants reported having been involved in a road collision in the past two years while three in five (59%) had a near miss in the same period. July was found to be the most dangerous month for collisions involving motorcyclists.

Declan Keogh, Road Safety Officer, Kildare County Council said: “Riding a motorbike requires varied levels of skills, competency and knowledge, and as we enter the ‘motorcycle season’, we appeal to motorcyclist to use these skills in
ensuring their safety and the safety of others on the road. Easing off the throttle can help to prevent a collision from occurring. Likewise, other roads users are also urged to be more aware of motorbikes on the road, take longer to look at junctions and be mindful of the presence of a motorcyclist on the road.”