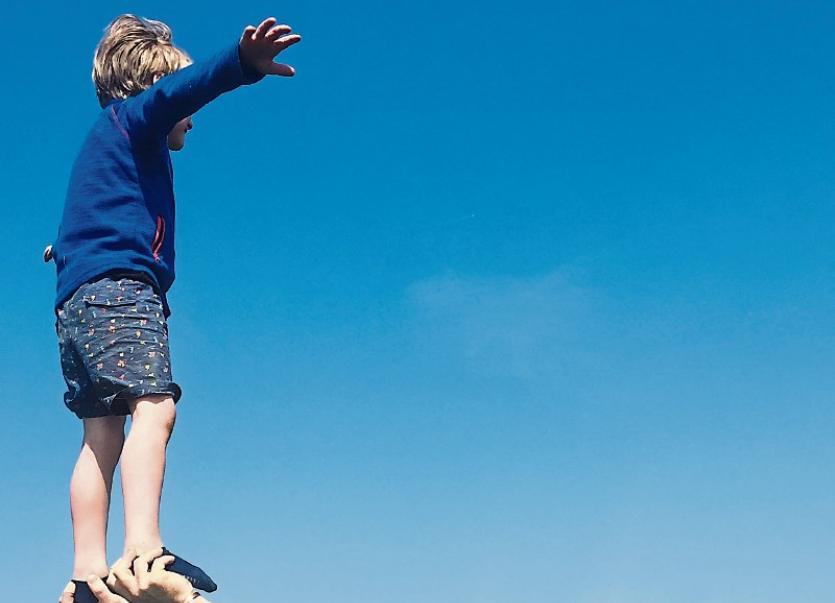 I became a mother in 2013. On April 27 of that year to be exact. It truly is hard to believe that it’s six years ago. I was handed a tiny blond baby boy in The Coombe and my life changed forever.

The blond baby is Aidan and he celebrated his sixth birthday last Saturday. Except he’s not a baby anymore. He doesn’t look like one and he doesn’t act like one. In fact, as the weeks go by, I see him transform even more into a little man. It’s bittersweet to see but I am oh-so-proud of the little man that I’m raising.

He’s funny. He’s full of fun. He has lovely manners. He loves a hug and he loves to give hugs. He’s vulnerable but he only ever lets me see that side of him.

To everyone else he’s this confident and bubbly boy who loves the craic. And he is that — but he’s also soft and shy. To me, he’s just perfect. He’s my blond baby and he always will be, no matter what age he is.

He’s football mad. Gaelic football, that is. He spends his time kicking ball. And then kicking some more ball. He bonds with anyone who has the same passion.

He’s kind. Really kind, actually. He helps his little sister put on her socks because she hasn’t quite mastered that yet. He holds her hand when they cross the road and he says he will look out for her in the yard when she joins him in big school in September. He hates to see anyone excluded.

He frequently tells his granny that she looks lovely or that he likes her outfit. He includes others and he loves his little white dog like no other. He’s my boy and I hope he is always such a kind soul.

He always wants to help. More often than not his help is actually a hindrance, but I wouldn’t ever tell him that. He loves to help make dinner; to put on the washing; to mow the lawn and to build things with his dad. He’s always there with his own little tool set; always ready to lend a hand.

He gets ‘hangry’ (angry when he’s hungry) like most men! He loves Weetabix and ham and cheese sandwiches. He despises yogurt. In fact he can’t be anywhere near it. His sister eats hers in the utility room with the door closed so he doesn’t get a whiff of it. That’s probably gratitude to him for putting on her socks! He scratches her back and she scratches his. Teamwork.

He’s a people person; doesn’t like to be alone. He’s popular among his peers, luckily. He makes friends easily and keeps them. He seeks out friends who are exactly like him; little boys with a twinkle in their eye who just love mischief. Playdates are busy and they are funny. He wouldn’t have them any other way.

He greets everything and everyone with vigour. If you knew him, you’d know exactly what I mean. He doesn’t hold back. He gives a hug; a high five; a cheeky grin and a giggle. A bit like his mother after a few beverages!

When he grows up he wants to be a builder, and he wants to play for his county. The latter is his uttermost dream. He practices his autograph so he can have it perfected for when he’s an inter county player.

He’s amazed that he’ll get free jerseys if he does play for his county. That alone is an incentive for Aidan. He’s fixated on it. And if he’s half as strong-willed when he’s older as he is now, I firmly believe he will fulfil his dream.

Or then again, I may be just playing the part of the biased and proud mammy, but that’s allowed, isn’t it? If I can’t be his biggest fan then who can?

I really am his biggest admirer. He’s everything I ever dreamed of, and a whole lot more. I knew it the second I was handed the little blond baby.

So happy birthday little boy. You’re six and the world is your oyster. Take it all in. Keep on being happy. Keep that smile on your face. Keep that wicked sense of humour. Give out those hugs. Remain kind. Follow your dreams.

Just be you. Be six. Have fun. But remember you will always be my blond baby.

Until next week, folks!