Kildare running column: Is being a ‘slave to the Strava’ killing your joy of running? 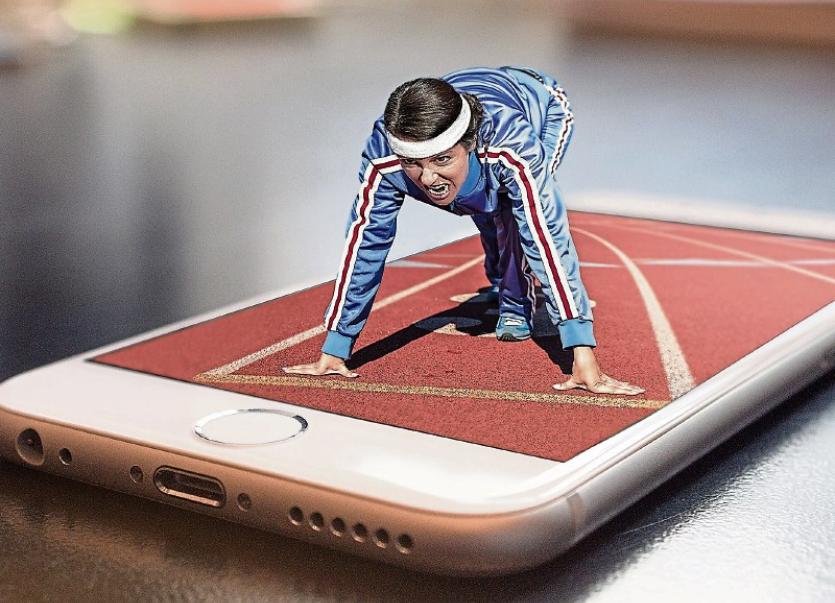 Why are we so willing to put our lives on display? The selfie is the new standard symbol of our narcissistic self-obsession, as we’re fascinated with our own image. We’re onstantly in search of digital affirmation to combat negative self-talk and insecurities.

Social media has fed us a constant barrage of the unrealistic expectation of perfection. Strava is the Swedish for “strive”. The app of the same name describes itself as the social media for athletes, both professional and amateur.

It’s a GPS-based app that works with wearable technology that allows athletes to measure, document and share everything from training to running-related socialising. Since its launch in 2009, its popularity has climbed sharply amongst the active community, both professional and amateur.

The Strava revolution combines two of the most popular trends of our consumer culture — social media and self-tracking.

Runners, for the most part, are fixated on measuring everything, whether that’s speed, heart rate, distance, averages, etc. When it comes to time, there is no other group that’s as fanatical about time as runners are. Runners know by heart all of their times; it is the benchmark against which progress is measured.

Some runners are more data-driven than others, but any runner can instantly recall their personal best time for any distance, and if you run with a bunch of runners, they will know yours too.

When I first started using Strava, it was simply a nice way to keep track of this data, miles and pace. Yet just like other forms of social media, it quickly sucks you in until you become a “slave to Strava”, with the attitude of “if it’s not on Strava it didn’t happen”.

But the main attraction of Strava, like all forms of social media is that it allows us to make comparisons. We all compare ourselves to others and if you say you don’t, you’re a liar. According to social comparison theory, we determine our personal self-worth based on how we believe we compare to others around us.

Good opposition encourages runners to work towards improving in order to beat each other, and everyone becomes better and greater. So to run faster you may need to find a rival... I mean a comparison!

They don’t even need to know, thanks to Strava, which allows this! One must be nice to their face but you can secretly hate them. Everybody has an arch rival, and this relationship is one of the most complex connections runners can have.

But it is important to remember that this envious rivalry can take two forms. It can mean either that you desire to match someone else's success, which is known as benign envy; or it can indicate that you hope the rival’s success ends, which is malignant envy.

It is only the benign form can help to generate the motivation to achieve goals rather than drag our nemesis down.

So, rather than viewing the rival as the adversary, they can be used as the catalyst to brilliance; envy can be used as motivation to become the very best runner possible.

It has never been easier to measure and quantify our lives. Recording and posting has become so reflexive are we forgetting about that impossible-to-track feeling that draws us to running in the first place.

Maybe the reward of the digital output has replaced the enjoyment of the run itself.

However, I believe that it may be time to separate your data from your self-worth. Ultimately, comparison is virtually always a game that is lost and as Teddy Roosevelt said “comparison is the thief of joy”.