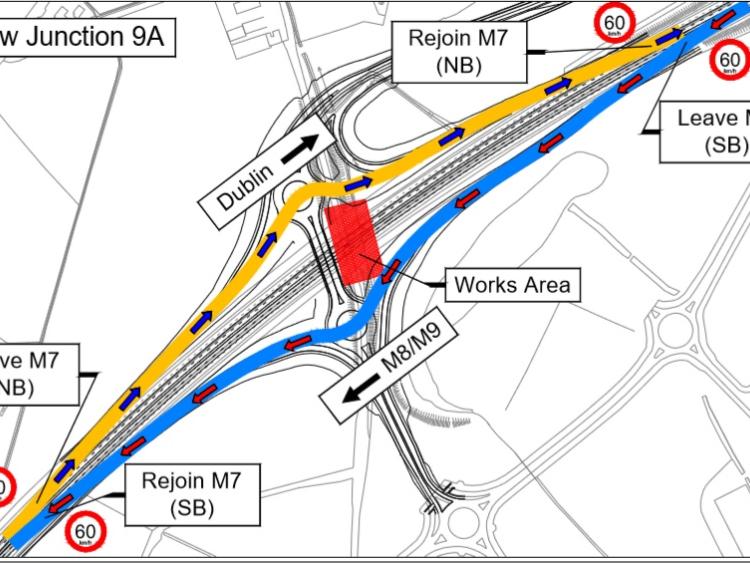 The M7 motorway will get a new bridge this weekend at the Kerry Group, with disruptions to traffic as a result.

The construction is part of the new Osberstown Interchange, and will see bridge beams being lifted into place across the M7 motorway at Junction 9a between junctions 9 (Naas North) and Junction 10 (Naas South).

The works will take place over the weekend of Friday, April 12 to Sunday, April 14.

In order to safely carry out these works and maintain M7 traffic in both directions vehicles will be directed around the area of works via the newly constructed off/on slips of the new interchange.

This temporary arrangement will continue until early Sunday, April 14 until this stage of the bridge works are complete and the main carriageway has been cleared. It is expected that traffic will be returned to the mainline in both directions for 9am on Sunday.

A minimum of two lanes will be maintained during peak hours of 6am  and 10pm at all times.