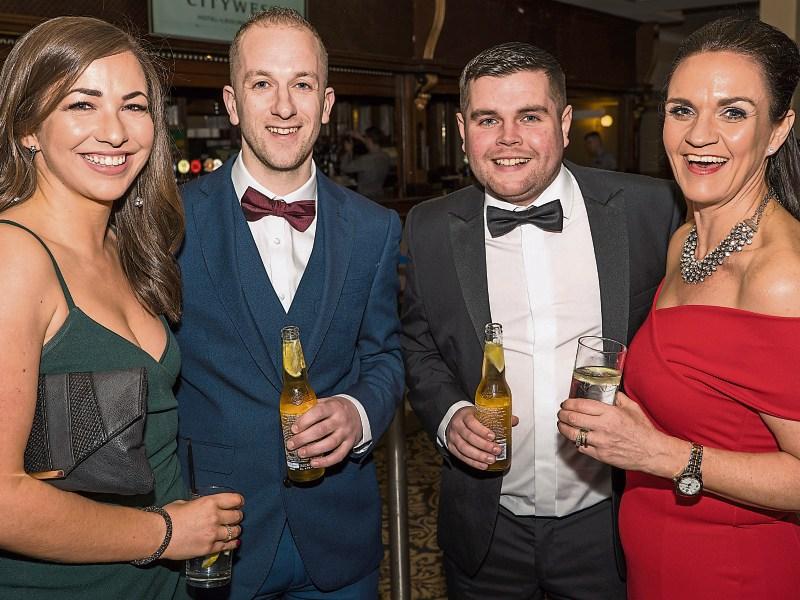 There was a heady mix of sport and drama at Saggart’s Citywest Hotel when Sallins GAA club staged a fundraiser to help finance club facilities.

Billed as the Oskars, the idea was that seven acts would take to the stage recreating some well known film or TV scenes for 15 minutes each.

In the end the overall winner was The Field as performed by Murt Walsh (The Bull McCabe) and Maggie O’Connell (The Widow).

Gavin Cooke (Michael Collins) from the film of the same name was adjudged best actor with the best actress gong going to Lisa Walsh who played Sharon Curley) from The Snapper.

Sallins GAA club is catering for a growing population and a planning application for new facilities, principally a clubhouse, is being prepared and is likely to be made in August or September.

In the meantime a ball wall is being built.

The case for new facilitie4s is quite strong.

the club has about 1,000 members in total and fields a total of 46 teams across hurling, football and camogie.

Another positive outcome from the fundraising night was the formation of a new musical and dramatic society in Sallins, which will use the clubhouse as a base.

“Sallins is growing and we need to improve our facilities to accommodate all those who want to play.

“We also hope to be able to use some of the community lands that have been provided in Sallins and have yetto be be developed ,” said Sallins GAA chairman Eddie Humphreys.