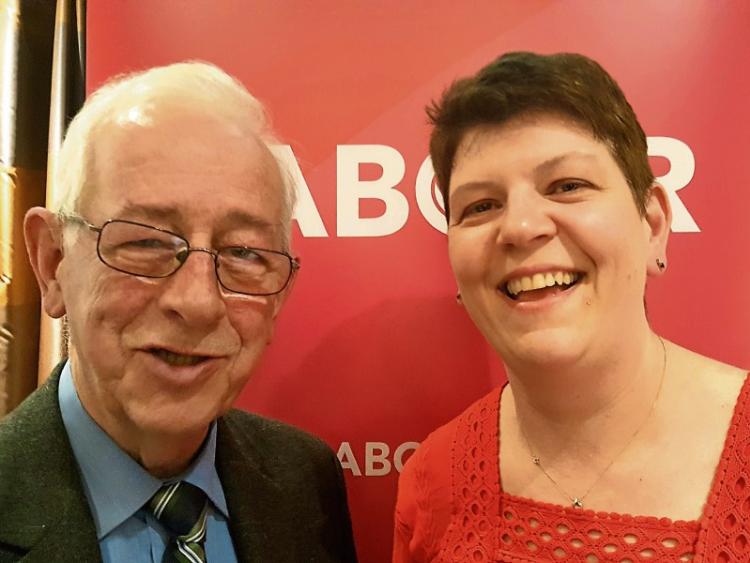 The Labour Party is putting forward a relative of a former US politician in the Leixlip area in the May local elections.

Read also: Another dry and sunny day for County Kildare

Mairead Beades, a native of Roscommon, was formally announced at the Springfield Hotel on Thursday night, March 21.

A prominent campaigner locally in the gay marriage referendum, which, she said was close to her heart, Ms Beades said the was related to former US politician, John Joseph Beades, who was elected to the US House of Representatives and the US Senate in the 1950’s.

But Leixlip will be the focus of attention for the woman who has lived in the town for the last 20 years.

A native of Rahara, Roscommon, she works as an accountant with Hewlett Packard Enterprises.

Ms Beades, a mother of two children, aged 10 and 7, she was approached by the Labour Party and agreed to stand. Her chief goals are to prevent a road going through St Catherine’s Park, get the DART extended to Leixlip and avoid a cut in the bus service.

She would also like to see the Wonderful Barn turned into a tourism attraction and provide high amenity space to the people of Leixlip at the same time.

She said she would work on securing a primary care centre for Leixlip and the development of a swimming pool to serve the people of Leixlip.

Ms Beades also called for more gardai to be put on the beat in Leixlip.

She said that as a town, commercially, Leixlip was “dying on its feet.”

But she also said she is not sure why this is so and she has undertaken to liaise with the stakeholders in the town.