KILDARE BEER COLUMN: Ice cold in Alex — is a chilled beer worth waiting for? 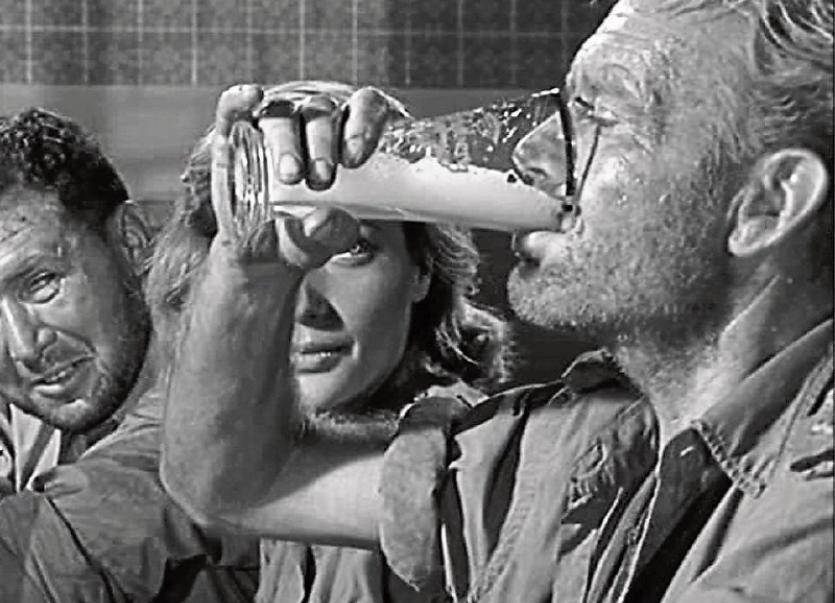 The promise of an Ice Cold beer in Alex

Fizzy thirst-quenching ice-cold beer on a hot day is one of life’s simple pleasures. During a sweltering summer spent in Spain as a student, it was small beers from the fridge that started a love affair with beer but as delicious as this experience was, not all brews should be served ice-cold.

In a study from 2005, researchers in Belgium’s Katholieke Universiteit Leuven found that people taste things more intensely when the temperature of food or fluid increases; the temperature triggers microscopic pathways in our taste buds to send a stronger electrical signal to the brain, resulting in enhanced taste.

“The clearest example for sweet taste is ice-cream,” the scientist noted. “As we all know, ice-cream does not taste sweet when it is frozen but only when we melt it in the mouth. On the other hand, melted ice-cream is very hard to drink because it is extremely sweet.”

As a result, cooling beers to very low temperatures between one and four degrees Celsius impairs tasting bitter flavours in the beer, but as the beer warms up in your mouth you will start to taste the malt sweetness underneath the bitter hop flavours.

As a general rule of thumb, if you want to taste more of the bitter flavours, or the sweetness, or complexity in a beer, serve it closer to room temperature.

However, macro beers, produced on a large industrial scale, or beers you don’t much like the flavour of, will benefit from being as cold as a polar bear’s nose.

This research on how temperature affects flavour perception can be seen in action if we look at Guinness Extra Cold, which is served at a chilly 3.5 °C rather than the regular 6 °C that draft Guinness pours at.

This super-chilled stout doesn’t sit well with traditional stout drinkers, who enjoy a full flavoured pint, but it introduced stout to many drinkers new to dark, flavoursome beers as, at the lower temperature, the beer tasted creamier and less bitter.

So it is worth bearing in mind that drinking your beer straight from the fridge may impair your enjoyment of the flavours.

Feel free to experiment to find the best temperature for your preferred brew by pouring your more flavourful beers into a nice stemmed balloon glass and letting them open up for a while.

Keep in mind, though, that the warmer a beer is and the longer it sits in your glass, the quicker it will lose its zingy carbonation — but you may find a wealth of other flavours that emerge at warmer temperatures, ensuring you enjoy your beer to the very last drop.

Congratulation to twitter user Emily Smith who commented on our article from last week and has won two tickets to the Altech Craft Brews & Food Fair;

Emily said: “ This is such an interesting piece — one of the most enjoyable things about craft beer is the story telling and feeling like you are part of something, there does need to be more transparency as currently this sense of community is being exploited and damaged by big names.”