Kildare man concerned at direction of graves in new cemetery

Facing east is a custom of many religions, but not a church rule 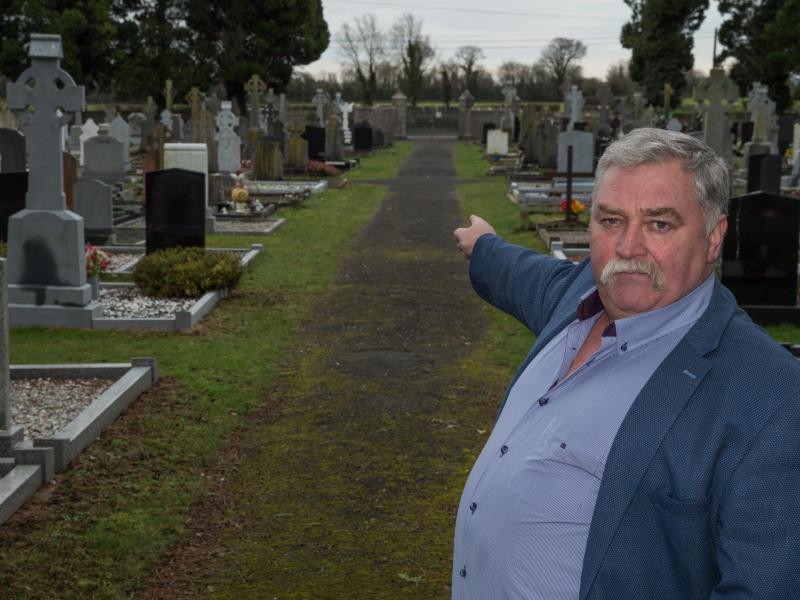 A Rathangan man has raised concerns that a new cemetery being created in the town will not have graves facing the east.

It is customary in numerous religions and most Christian denominations that graves are aligned towards the sun.

Local man Eamon Broughan said he always believed that this should be the case, but in the new graveyard that is being prepared by Kildare County Council at present the graves will face south, he claims.

He said he met with officials at Kildare County Council who said that they would be sensitive to his concerns and would make arrangements for him to make sure he faced east, if he wished.

He says he contacted Bishops Denis Nulty and Eamon Martin, and Glasnevin Cemetery and they all confirmed to him that graves should point eastwardly.

Catholic Church press officer Brenda Drumm conducted a quick bit of research and discovered that facing east (or any other direction) is not mentioned in the section of Canon Law that deals with burials.

“I also looked up a 2016 document from Rome on the burial of ashes etc and, again, there is nothing in it about facing East,” she explained.

She agreed that it was more of a custom than a rule.

Mr Broughan said he wanted to know “who, or why Kildare County Council decided that the graves in our new graveyard should face south?

“And will they now consider changing the plinths so all the graves are facing in the same direction towards the rising the sun in the east in accordance with our Catholic faith and tradition that goes back many many generations?”

However in a statement, Kildare County Council said that over the course of building seven cemetery extensions throughout the county in the past few years, nobody had made a submission on this subject before.

It said: “In general, Kildare County Council designs its cemetery extensions in order to maximise available space, bearing in mind that such works are always costly, particularly in urban areas where land costs will be expensive.

“The design of both cemetery extensions and new cemeteries are always highly collaborative. This process involves extensive consultation with both local cemetery committees as well as a formal statutory public consultation in accordance with Part 8 of the Planning and Development Regulations. This culminates in a decision by the elected members.

“Cemeteries are now designed in a lawn-type layout with headstones facing back to back. Specifically in the case of Rathangan, the orientation will, therefore, be both north/ south as well as south/ north.”

Notwithstanding this, the council reiterated it would “always be sensitive to any such requests and will endeavour to accommodate, where feasible.

“In this context, it has recently adopted a new set of cemetery byelaws, wherein it is committed to facilitating uncoffined burials,” it said.

“In addition, the Council is constructing columbarium walls, which are used for the interment of cremated remains in a number of its cemeteries in the county.”